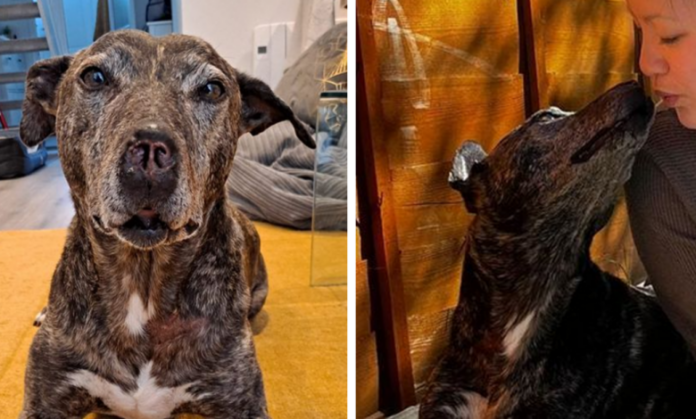 After nearly five years in an RSPCA animal shelter, Britain’s loneliest dog has finally found a home. Albie, a lurcher, was rescued by RSPCA inspectors just before Christmas in 2017 as part of an investigation and remained in the charity’s care while the case was being investigated, writes embounce

However, once it was completed and he became available for rehoming, the Covid pandemic struck, and staff at Southridge Animal Centre in Hertfordshire struggled to find him the right home. The RSPCA’s Special Operations Unit rescued Albie from Wales, where he’d been used for hunting and wildlife crimes.

Anna White, the manager, stated: “Unfortunately, Albie was a victim of Covid, and he became available for rehoming just before the country was placed under lockdown, which meant we had to close our doors to the public in order to comply with the restrictions. 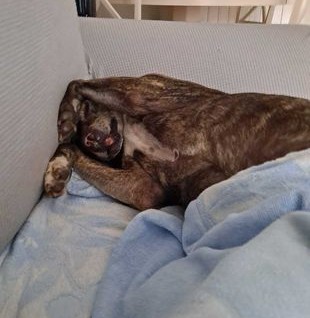 “If someone came in looking for a dog in person, they would undoubtedly fall in love with him because he is such a sweet boy when you meet him.

“But we had to rely on online advertising for our animals, and sadly, we found he was constantly overlooked, with only a few inquiries about him.”

But the team refused to abandon him. Grace Ho, from West London, saw his profile online and decided to give him a chance. 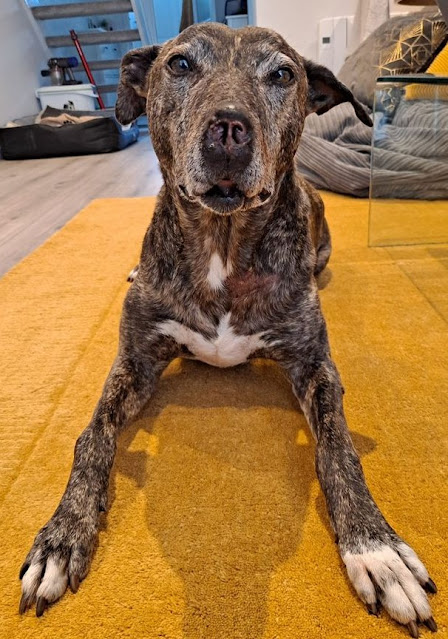 She stated: “I had lost my dog in April and had finally come around to the idea of volunteering or rehoming a dog, but I had envisioned a small Staffie or a spaniel, not a dog like Albie.

“But when I saw his profile and saw that no one was interested in him, it broke my heart. I believe most people perceive him as a scary dog because he is missing a portion of his nose and has numerous scars, and thus never gave him a chance.

“I approached the center and asked if I could meet him, take him for walks, and see how we got along. I spent about two months walking him and getting to know him, learning all about his quirks and his reactivity toward other dogs, and feeling confident that I could manage that effectively.

“Albie is absolutely lovely. He has a gentle soul with humans and always smiles. There’s obviously a lot to do, but I’m confident I can handle it, and he’s already made some good strides.”

Albie moved in with Grace in September and is doing well. “He enjoys his food, cuddling on the sofa, and going for walks,” Grace added. 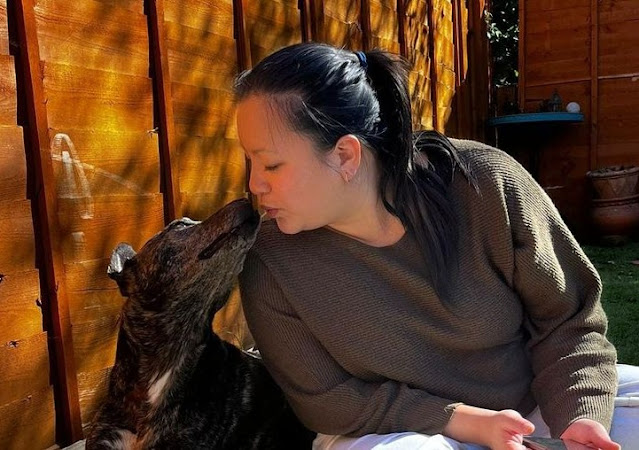 Grace isn’t put off by the fact that he’s reactive to other dogs and wears a muzzle while out and about.

She continued, saying: “We walk in a quiet park near our house on weekdays and then go to busier parks on weekends, where I know we’ll have to meet other dogs, and I’m working hard to desensitize him as much as possible; he’s already made friends with two greyhounds who he’s happy to walk with.

“He’s such a good boy at home. He isn’t asking for much. He only wants a warm bed and a full stomach. 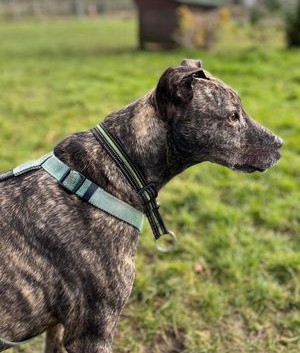 “When I’m working, he’ll jump up onto the sofa next to me and stuff his head behind my back; he just wants to be close to me.”

After such a difficult life and so much time in kennels, Anna and the rest of the Southridge team are overjoyed that Albie has finally found his happy ending. 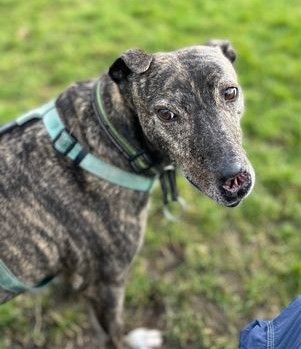 “It just goes to show that there is a home out there for every dog,” Anna added.

The RSPCA has launched its annual Adoptober rehoming campaign to raise awareness about rescue animals and encourage more people to consider adopting a rescue pet like Albie.