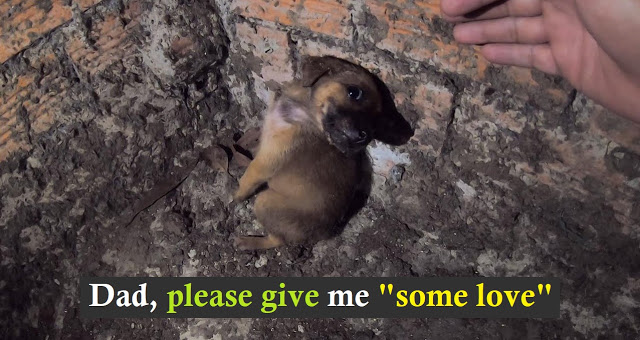 It didn’t take the rescuers that long to gain the little puppy’s trust!

Rescuers were called by a person who heard a puppy crying from an abandoned house.

No one knew if the puppy was abandoned there, but rescuers went there to help the puppy.

After searching the house, they found a frightened puppy, which hid in a corner.

Once they tried to touch the puppy, he tried to bite anyone who approached because he was very scared!

After several attempts, the puppy was finally caught.

The man who caught him gave him food and milk because he was really thirsty and hungry.

The puppy becomes friendly and active after being fed. They will take him to the vet for a checkup.

We thank the rescuers, who saved the puppy from a difficult situation.