A Pit Bull found chained to a tree outside abandoned home has made a remarkable recovery thanks to her rescuers. 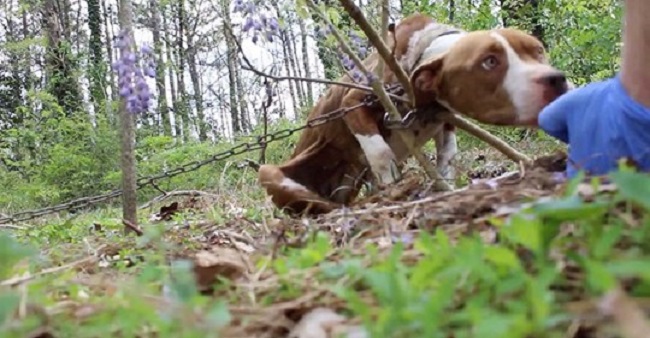 Officer Nick, with Fulton County Animal Control in Georgia found the dog after responding to a call. 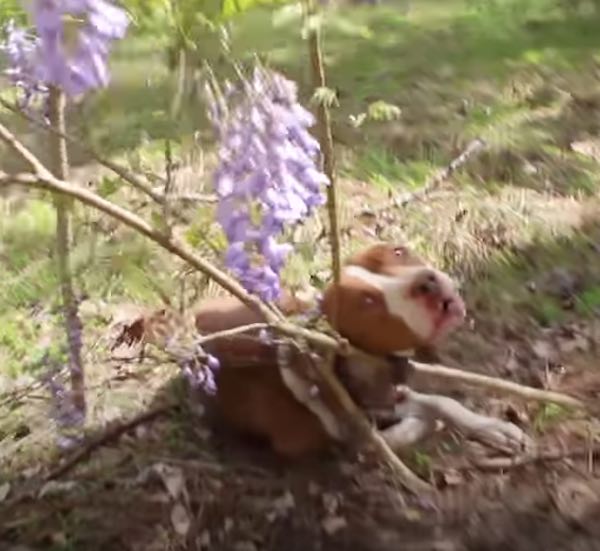 Her neck was badly cut from the chain wound tightly around her neck and she was s.t.a.r.v.i.n.g. The dog immediately cried out when she saw him, so grateful to see someone. 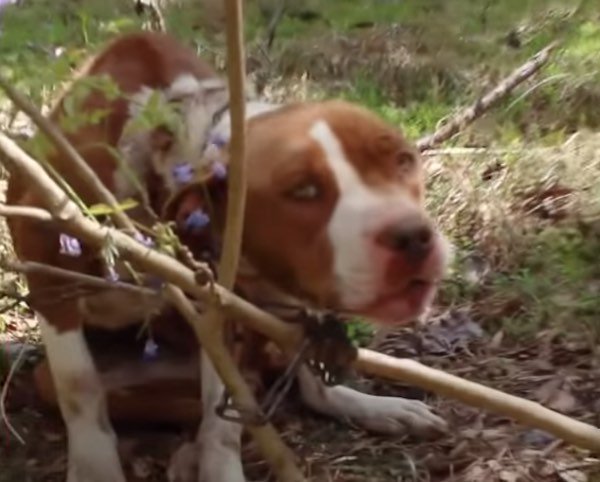 Her eyes were pleading with him for help and her tail wouldn’t stop wagging.

Officer Nick gave her food and comforted her before grabbing some bolt cutters to free her. 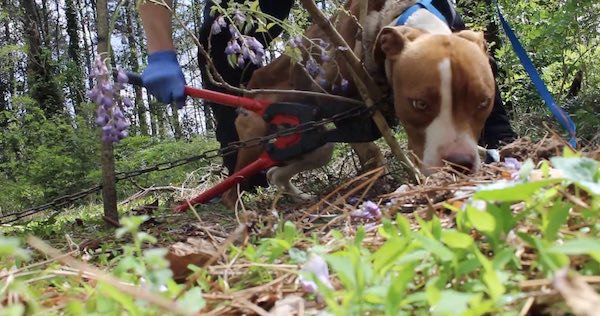 Taking her back to the shelter, the staff reached out to Jason Platt, founder of the Pit Bull rescue Friends To The Forlorn.

Zoe (named Cammy by rescuers at the time) gave Jason a cuddle the moment she saw him. 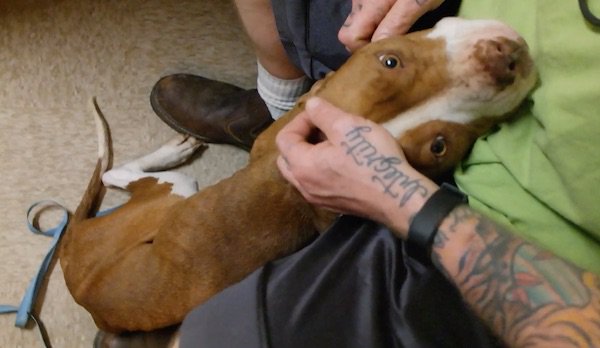 Jason took her immediately to the vet where they treated her. The video below shows Nick coming to Zoe’s rescue and her subsequent rescue by Jason.

While at the vets, Zoe was so relieved and happy she wouldn’t stop licking people’s faces. She knew she was finally around “good people”.

For the following 7 months she went into foster care where she gained weight and recovered and the moment her new family saw her before and after picture they knew they wanted to give her a forever home. 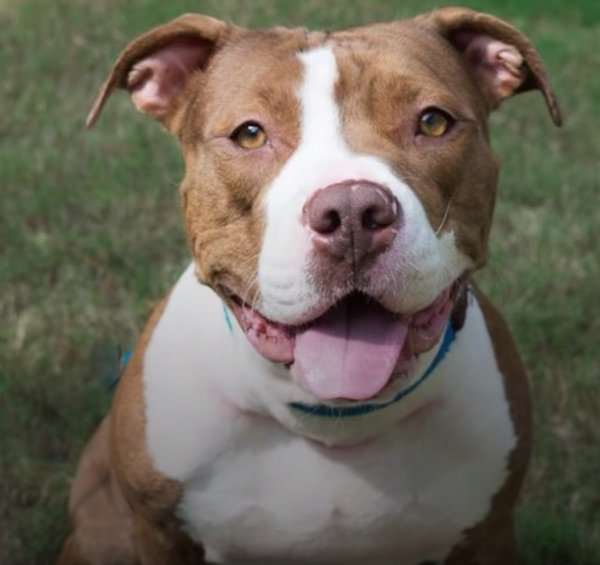 Zoe turned into a beautiful dog and her new family says she is a quiet, mellow dog. She gets along with everyone and loves doggie daycare. It’s heartbreaking to see the video of how she was found, knowing she nearly died a.b.a.n.d.o.n.e.d, s.t.a.r.v.i.n.g and alone. But Zoe is the happiest dog now and that’s what matters.

Watch the video below to see her transformation from that poor s.t.a.r.v.i.n.g dog to the sweetest one.