Home Dog Blog Scared Dog Lay Under A Coat With Only Some Rotten Food At... 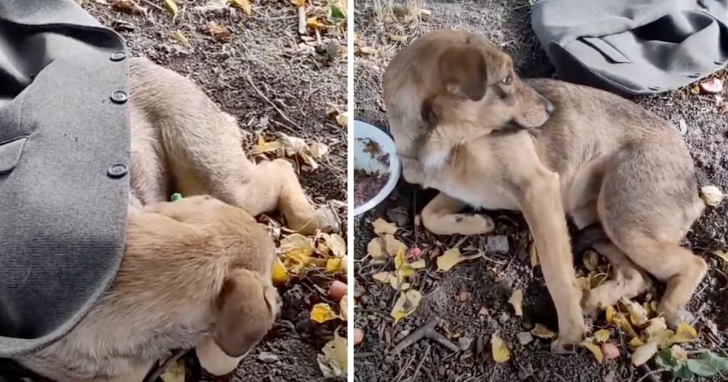 A stray dog was found in the middle of nowhere, and someone decided to leave her a coat and some food but didn’t take her in. Rescuer Shafi Taru was alerted to the situation and showed up to find the dog beside the rotten food as scared as could be. Who could leave an innocent dog out here like this? She was taken to the hospital right away, and they discovered that her back legs were broken in three different places. It’s no wonder the poor pup was feeling so down… Notka kept to herself for a while before eventually turning a corner. They were discharged to go home after a successful surgery and recovery, and that’s when she started to come out of her shell! With a little help from her friends, Notka settled into her home and learned how to be a pet! It’s such a different life from the one she was accustomed to, but all of the hard work to get here was worth it. See the sweet girl today!