Home Dog Rescuted A Mother Dog And Her Puppies Were Discovered Waiting For Their Owner,... 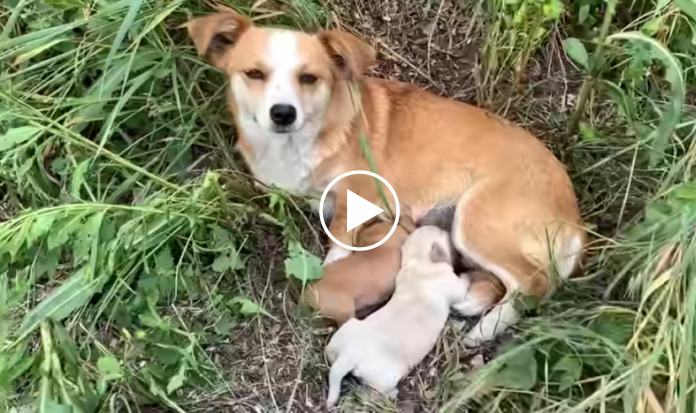 Her puppies were only days old and hadn’t even opened their eyes yet.

Some people’s callousness is truly astounding. Being in the rescue business entails dealing with some pretty harrowing situations. And knowing that there are some pretty cold-hearted people in the world doesn’t make it any easier, no matter how many times animal rescues have to deal with sad cases.

When the Dog Rescue Shelter Mladenovac in Serbia received a call about an abandoned dog and her puppies, they jumped into action.

Only a few days prior, the little canine family had been dumped along the side of the road like garbage. Some passers-by stopped to help the dog, but she snarled at them and refused the food they offered her. 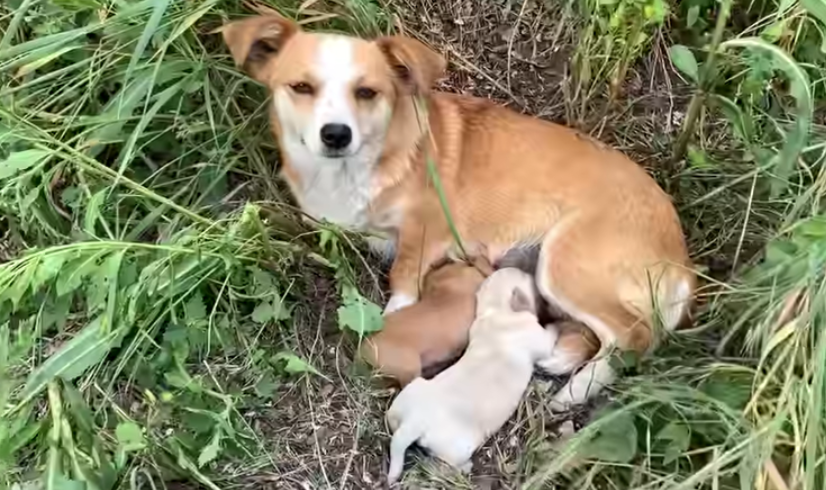 However, by the time that the dog rescue arrived, the mama dog, who was later named Moli, didn’t seem to be snarling anymore. Instead, she just seemed heartbroken. The mama dog allowed her rescuers to approach her. She even accepted some food from them. 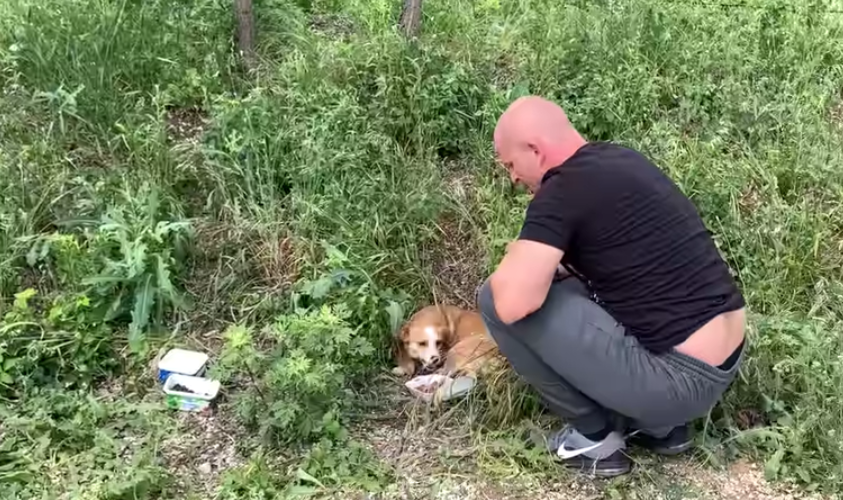 Dog Rescue Shelter Mladenovac shared their rescue of Moli on YouTube, writing, “She was so sad… Young mom was abandoned with her babies beside the road and she did not move for several days. Her pain broke our hearts. Some people are so cruel!” 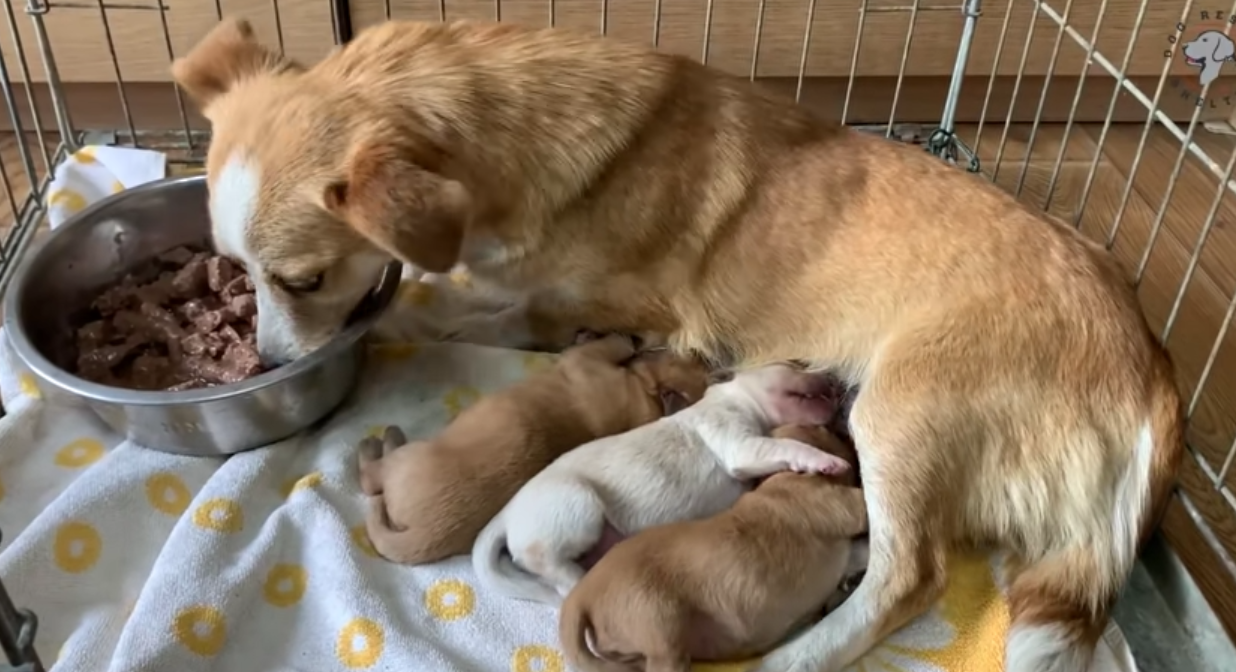 The rescuers dug around in the tall grass and found one of her puppies. They then found another. Her puppies were only days old. In fact, they were so young still that they hadn’t even opened their eyes yet!

Moli’s rescuers double and triple checked the grass and the surrounding bushes before leaving, making sure that there were absolutely no puppies left before transporting the little family back to their facility. 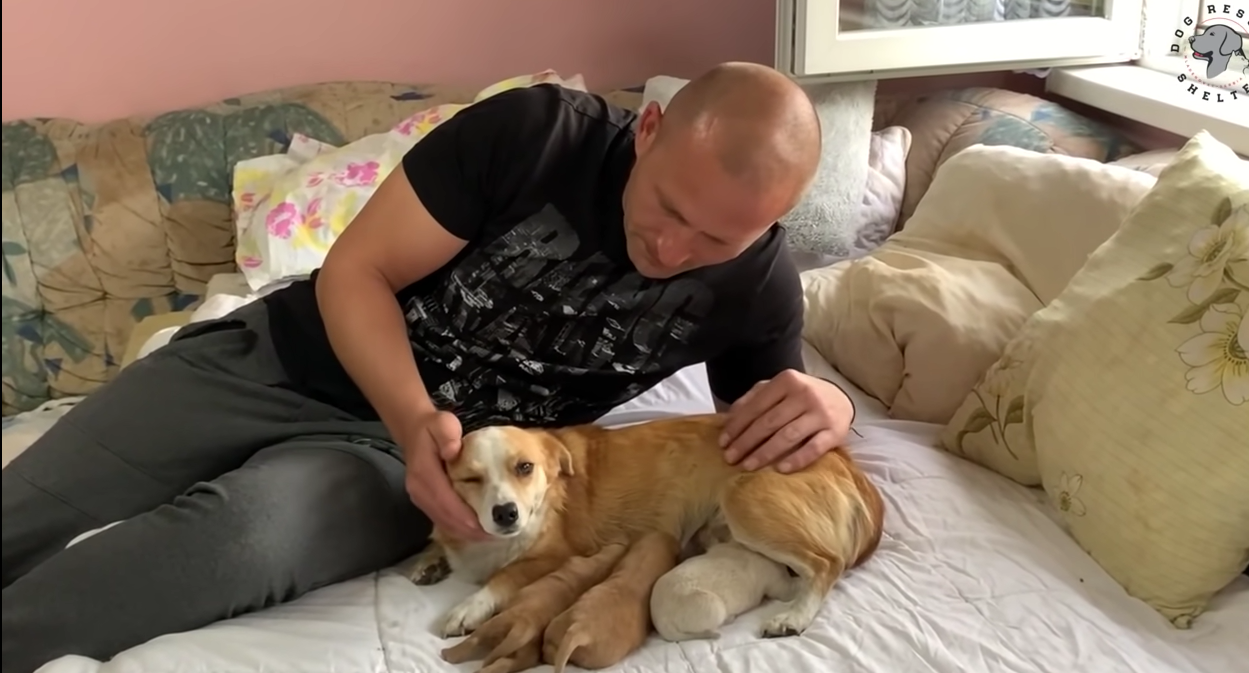 Moli and her pups went into foster care where they’ll be cared for until they come of age. For more information on Moli or any of their other rescues, you can check their website, dogrescueshelter.org