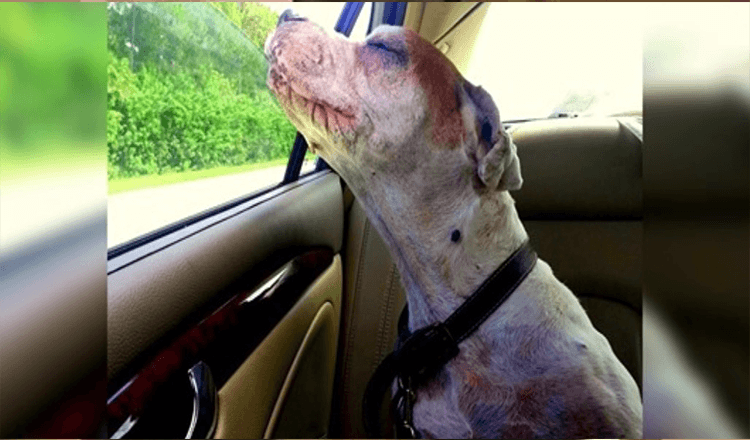 Libra, a Pit Bull mix, was just a puppy when she came to live with the Kramer family. April, the family’s 8-year-old daughter, quickly formed a special bond with the sweet pooch. 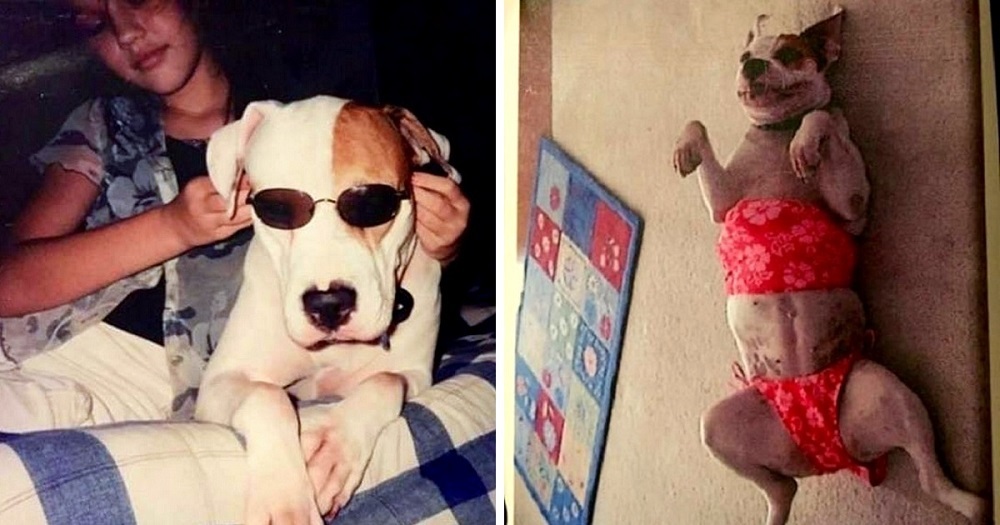 As time flew by, April grew up and Libra turned into a reliable source of support for her. But after being by her sister’s side for 15 blissful years, senior Libra’s health started giving away. Her troubles began with some violent seizures, which then led to the discovery of cancerous pulmonary tumors. After several vet visits, the verdict was loud and clear – Libra was in a lot of pain and didn’t have much time left.

Libra had been nothing but a good girl for the Kramers, and they didn’t want her to suffer for long. The family decided to face the inevitable when the ailing dog’s bladder failed rapidly and caused her unbearable agony. April had one last thing she wanted to do for Libra to express her gratitude for her unwavering and everlasting love. 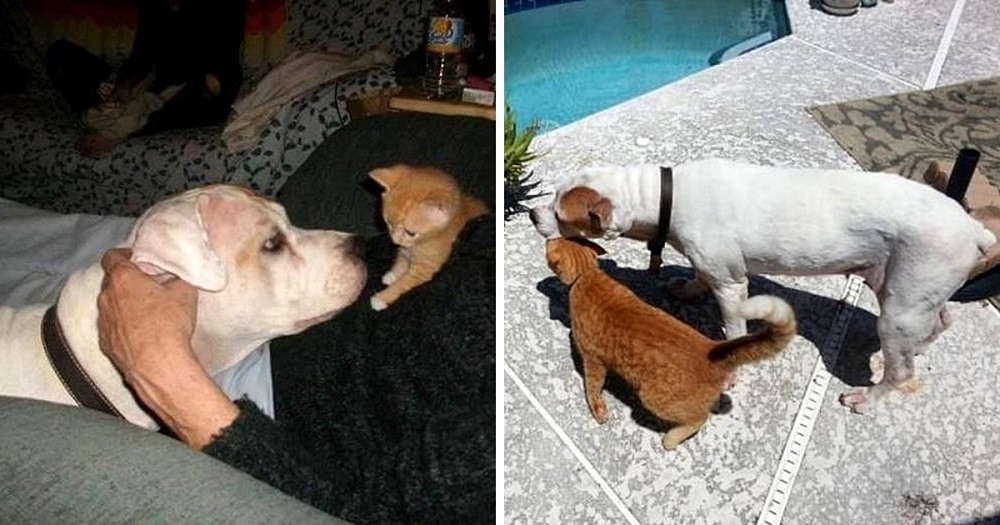 Libra was always a fan of car rides. So on her last car ride to the vet, April decided to roll down the window and let Libra cherish her favorite experience. For the next 30 minutes, the sickly dog looked at peace as she felt the breeze and treasured the passing scenery with her eyes closed one last time.

Libra’s spirit has crossed the rainbow bridge and is no longer in pain or fear. April, who is grieving, has shared an emotional photo of Libra’s final car ride as a tribute to her best childhood friend. It’s both beautiful and heartbreaking in equal measure. Sweet girl, may you rest in peace.

Click the video below to watch how Libra’s fulfilling life culminated in one powerful final car ride.