Home Dog Blog What sounds do dogs like to hear? 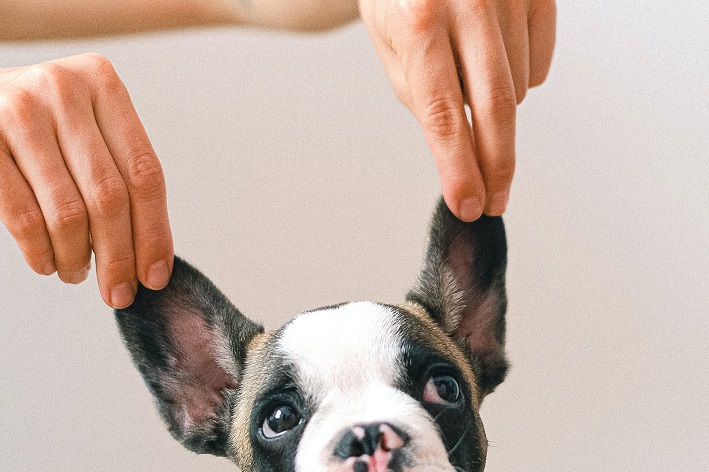 Everyone knows that dogs have very accurate hearing, but could you tell which sounds dogs like to hear?

At these times tutors need to activate their sense of Sherlock Holmes. But before you start making noise near your friend’s ear, remember that their hearing is much more powerful than ours!

In general, very loud sounds will not please the dog’s sensitive ears. Sudden, high-pitched noises such as thunder, explosions, horns, sirens and screams can startle the animal and make it anxious .

Sounds are signals to the brain

We all have some little noise that calms us down, amuses us or gives us pleasure, don’t we? Well, the same goes for dogs! In general, sounds that dogs like are related to moments of happiness in everyday life and in the animal’s history.

If it’s a dog that grew up in the countryside, it’s likely to like the sound of a door squeaking. Why? Because this sound is also a sign: it says that someone has arrived or has left.

That is, sounds that announce that something like a game, a walk or the return of the tutor is about to happen are usually sounds that dogs like. Be it the noise of the door, the elevator, the keys or the car engine.

And if on the one hand the sounds of the city can make the dog agitated, research shows that the sounds of nature are great for relaxing the animal . The noise of a waterfall, birds or the rustling of leaves are sounds that dogs like to hear.

According to neuroscience research, these sounds are interpreted by the brain as non-threatening noises and when listening to them, the dog has a greater sense of security which leads to natural relaxation.

While some noises relax, others are great canine attention gimmicks. Especially the higher ones. And this is where the magic of whistles and to chew toys comes in !

Dogs tend to show more interest in high-pitched sounds, not by chance they love it when we talk to them as if they were babies. This instinct likely helped the animals to focus attention on the yelping of injured young or group members over the course of the species’ evolution.

That ‘s why whistles are great tools to train your pet , as they activate the animals’ natural interest in high-pitched sounds. And that’s why dogs also love toys that make squeaky sounds when bitten !

The best sound ever: you!

However, it all depends on what that voice is like. Pets will not feel safe hearing screams, quite the opposite. On the other hand, apathetic and dull speech is unlikely to make your puppy jump for joy.

Far beyond the sounds

Finally, do you remember that the sounds that dogs like are also signs? Well, research at the University of York, in England, showed that it is not just the tone of the voice that determines whether or not the dog likes what it is hearing. It also depends on the words we use.

In the study, the dogs showed more interest in phrases that were combinations between a more childish tone in speech and pleasant words like walk, play, food, or “nice dog” .