Home Dog Blog What dogs have the strongest bites? 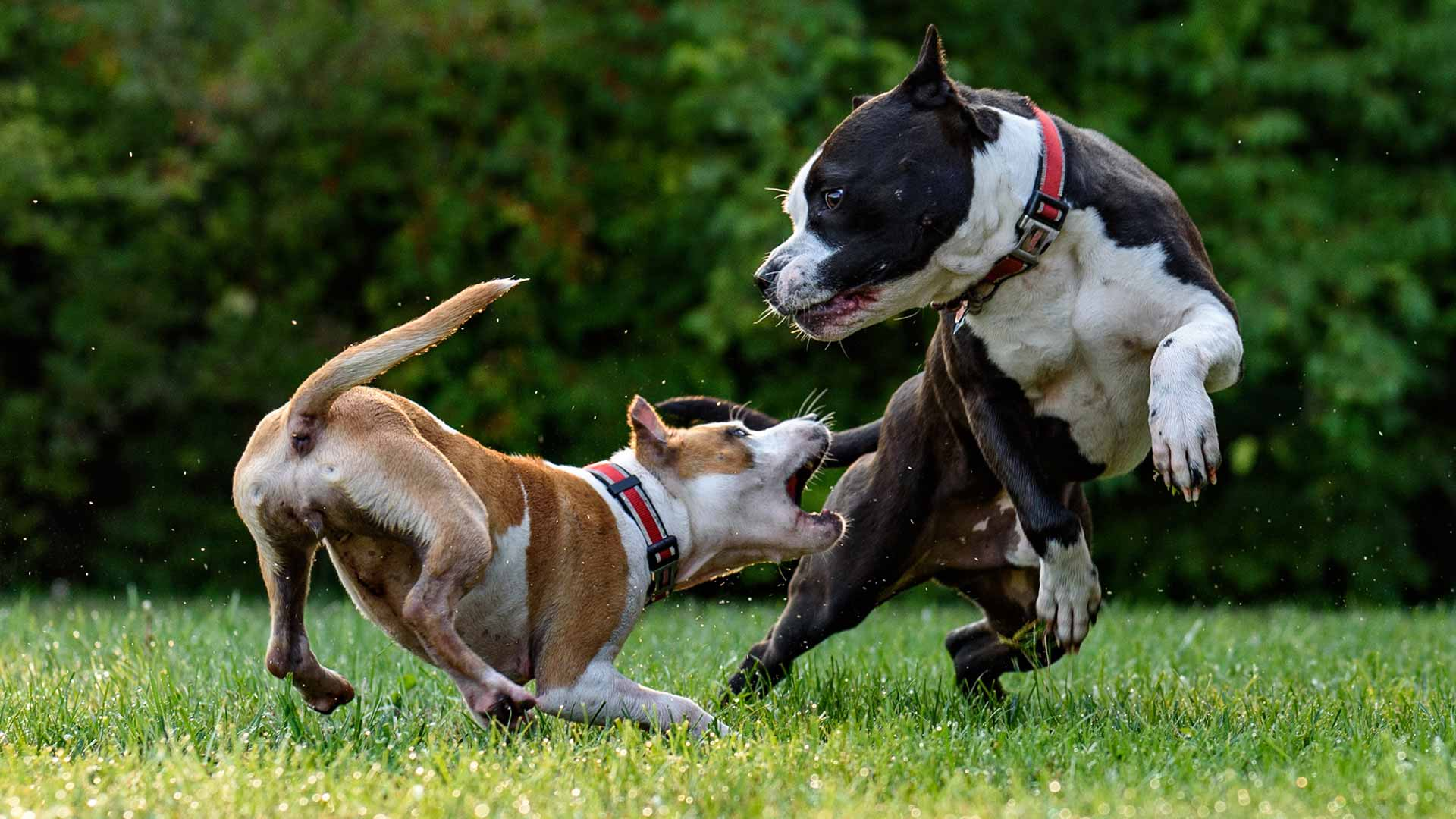 The most primitive purpose of keeping a dog is hunting and protecting. Most of the dog breeds bred for this purpose possess some similar qualities. You will find larger-sized jaws and heads in those breeds. Dogs with the strongest bites are mostly selected for aggressive purposes. There is not much surfactant data available on it. Some of the data we possess have some flaws that we will discuss later in this article. First, I would like you to know about the dogs who have the strongest bites. We have created a list of the top ten dogs that have proved to have the most forceful bites.

Kangals occupy the top position in our list of dogs. They are Turkish dogs, but their history can be traced back to central Asia. This breed is famous for being used as herding dogs. They are excellent fighters. Pet lovers have utilized their ability of strongest bite, and therefore, they are considered to fight off lions, wolves, jackals, and other dangerous animals. 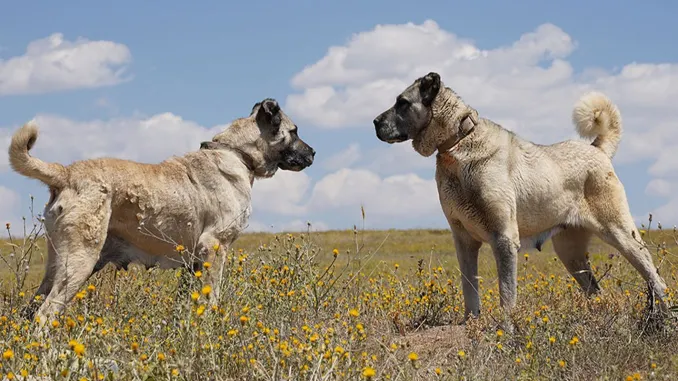 You may not doubt their fighting skills because they have scored the most in the strongest bite competition. They are working dogs; they can work for longer hours. They possess a good protecting attitude and therefore serve the purpose of a guard dog. If you socialize Kangals properly, you may not feel difficulty in their behavior towards strangers.

These dogs have a fearsome history, and their origin can be traced back to England around the 13th century. Unfortunately, this breed is not recognized by governing bodies. American kennel club hasn’t yet recognized bandogs, but they possess several interesting qualities. They occupy the second position among the strongest bites, and therefore these dogs were mainly bred for guarding, hunting and herding. 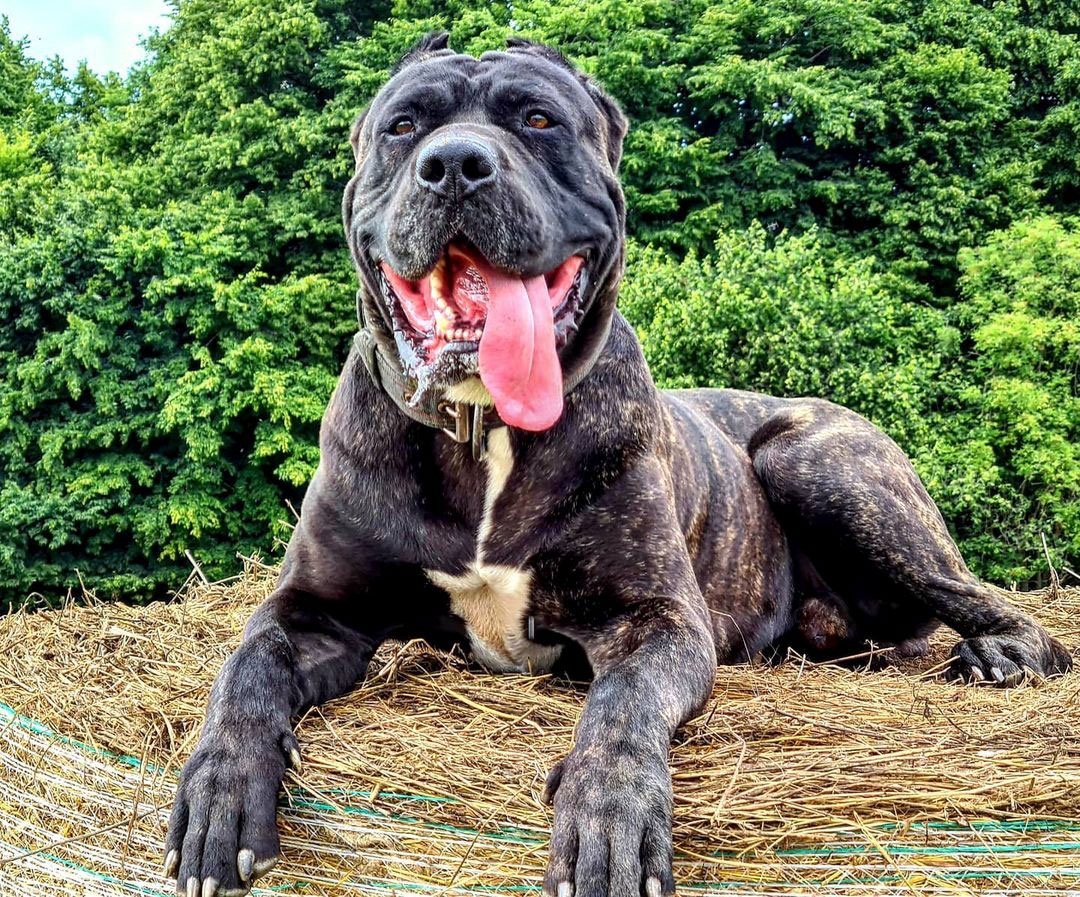 Bandogs have something interesting about their name. It is believed that their name indicates that these dogs were banded up or chained because of their fearsome attitude. They were unchained only when needed for fighting, hunting, or guarding. Besides their fearsome nature, they are very emotional dogs, and they need their owner’s love.

This dog breed does not count itself to larger breeds because they usually weigh about 110 pounds. However, they are more muscular than other breeds of the same weight. You should not be confused by their size; they have a very strong bite. These dogs were very common throughout Italy, but these days they are confined to the only southern region of Puglia. 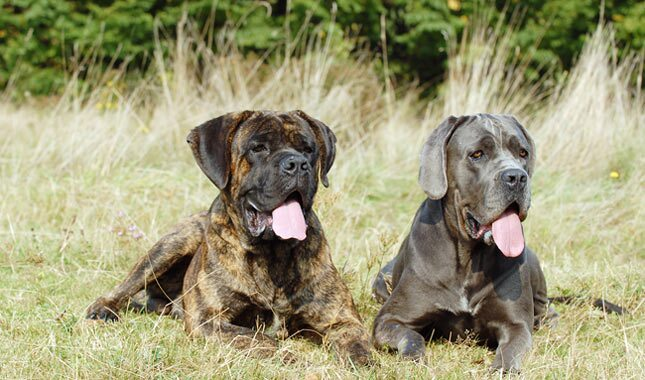 They have a very strong muscular structure that explains the reason for being the third among the dogs of strongest bites. The strong muscles allow them to put enormous force while biting. 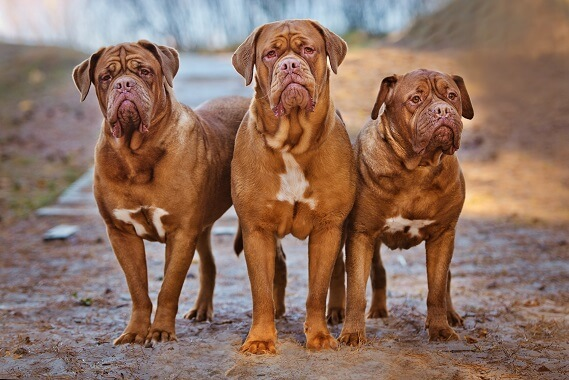 Dog experts believe this dog breed has been originated from giant dog breeds. Their origin is quite old, and the oldest breed dates back to the 14th century. These dogs are working dogs, and pet keepers have used this breed for several purposes. This dog breed was mostly used for herding, pulling, guarding, and working on farms. Most experts believe their great grandparents were Greek Molossus, a giant dog. Bordeaux is believed to have inherited the characters of this old giant dog breed. Not only this, Greek Molossus is believed to be the forbear of all modern-day larger dog breeds.

This dog breed is listed among the large dog breeds, and they resemble their cousins having intimidating qualities. The differentiating point of this dog breed is its reserved and watchful nature. On the contrary, other mastiff dogs are considered more playful and goofier. 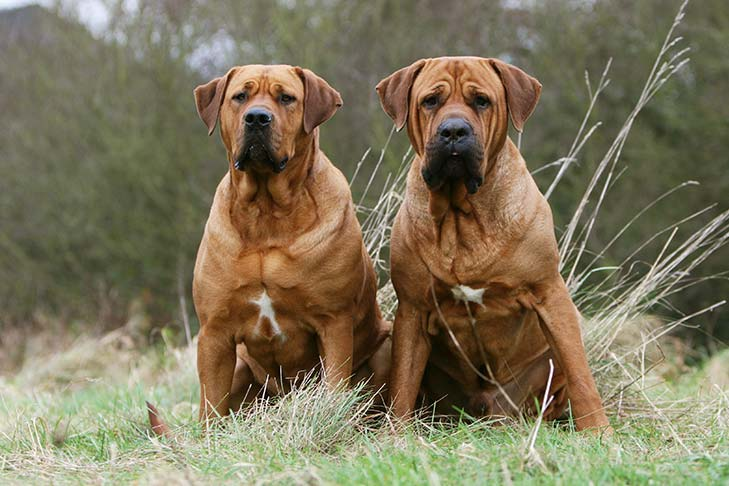 They are mostly even-tempered, but they need more socialization training to fit in the society. It is better to do more focus on obedience and command training. They have protecting nature, and therefore they can be violent and aggressive when they see a threat. They are a good choice for family guard dogs if you train them well for obedience and socialization. 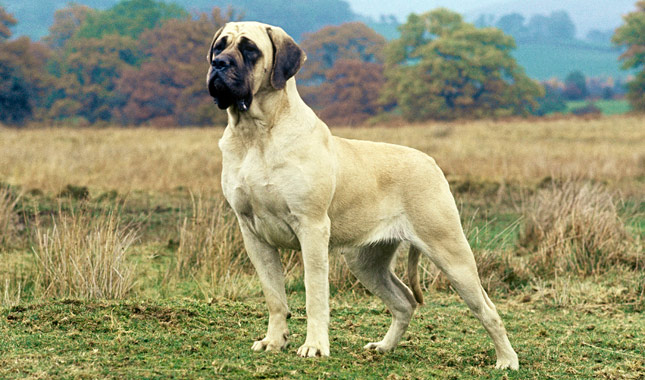 This dog breed is characterized by loving nature. English mastiff is less aggressive than other breeds as they are even-tempered. They have the hunting instinct, and therefore you can train them for it. However, they don’t like to go hunting. They have bigger jaws and strong bites. They can be great guard dogs because of their intimidating size. 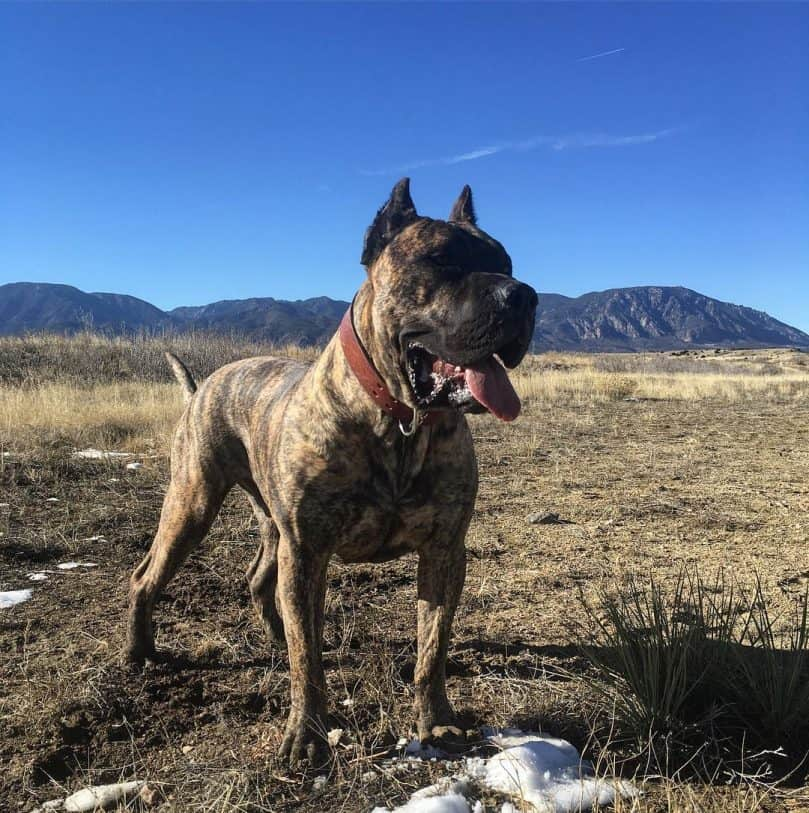 The weight of this dog breed is more than 150 pounds, and they have been prized for their fearsome nature. They have the instinctual ability to become great guards and herding dogs. They have a long history of fighting and aggressive behavior. On the contrary, they build an emotional bond with their owner. They are very sweet and loving with their owner. If you train them well, they can be obedient, social, and friendly. 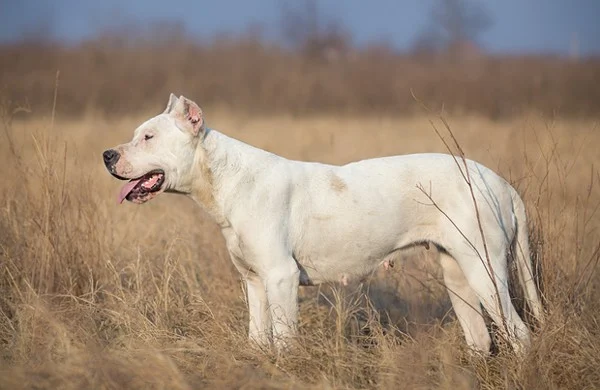 This breed is often confused with American bulldogs and pit bulls. Actually, they have something in common; they share a common ancestor. The origin of this breed dates back to 1928 when a doctor wanted to have a dog having both the characters of big game hunting and protecting the home. Additionally, he wanted this dog to be loyal, loving, and affectionate. He was succeeded in his attempt, and as a result, we got a good social dog. 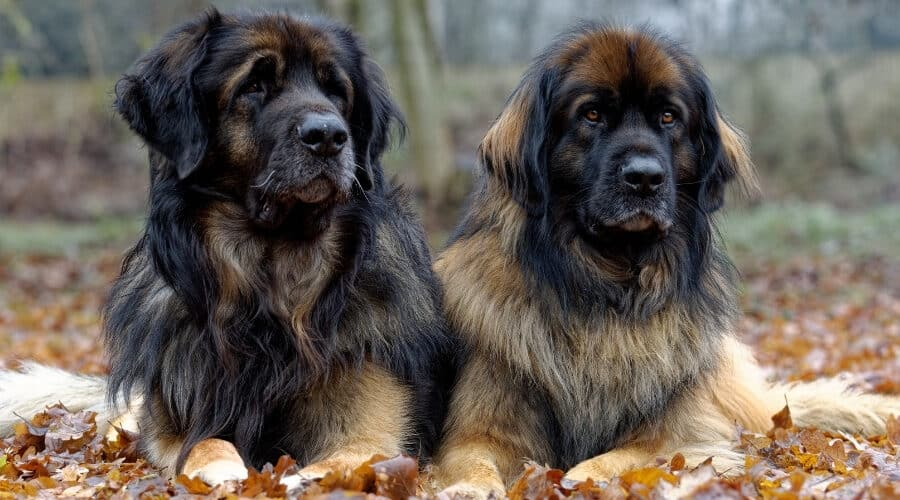 The main purpose of this breed is to search and rescue. Though they are not well-known dogs because of their size, they have the strongest bite among the top dogs. Leonberger is shaggy, goof giants, and therefore they have been used for guarding and fighting off bears, wolves, and other beasts. 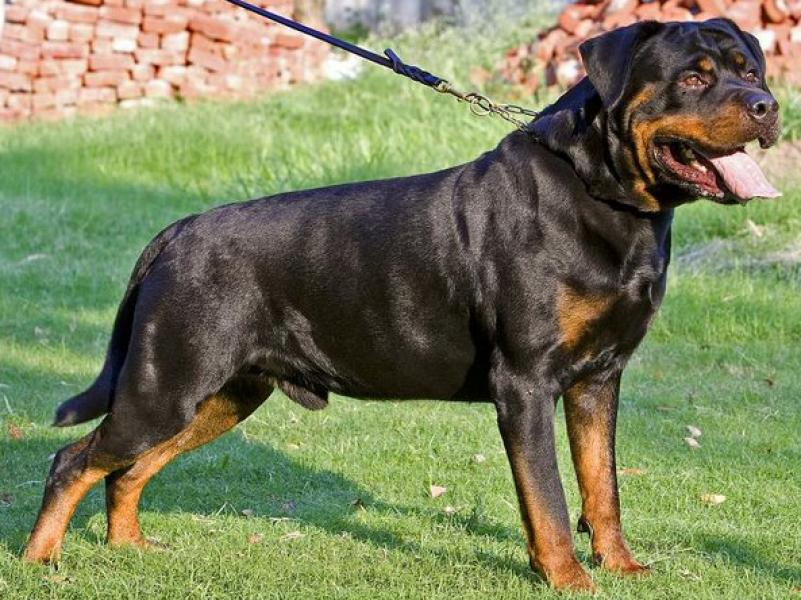 These dogs outnumbered pit bulls and German shepherds for having a stronger bite. However, they, too, barely cracked the top ten list of dogs having the strongest bite. They are among the intimidating large-sized animals, and they can be dangerous. However, they can be socialized by proper training.