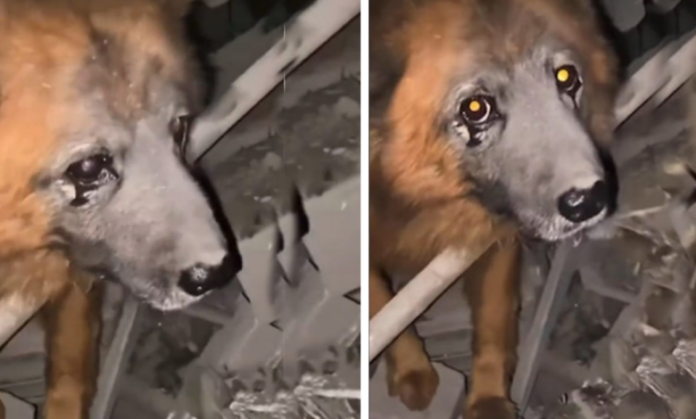 A heartbreaking video has emerged of a dog in Ukraine waiting for his owners to return home after they are suspected of being murdered. The animal stands by the ruins of their destroyed home, which has been bombarded by Russian forces, writes embounce 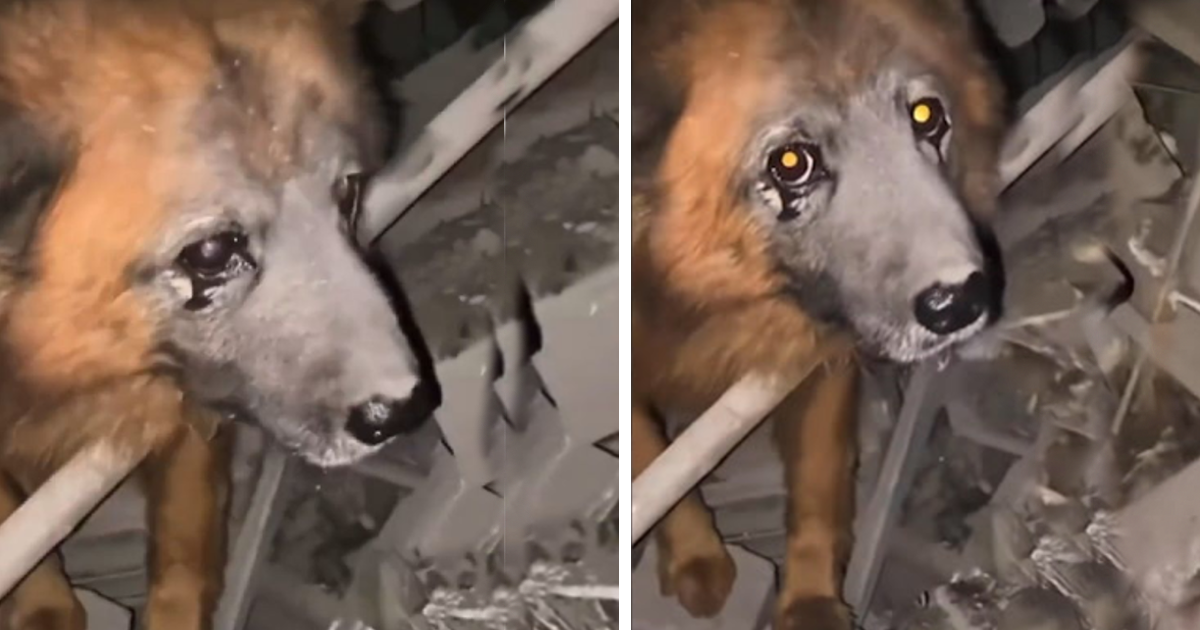 His adoring owners, however, are thought to have perished in a barrage of bombardment by the invaders who have ripped the country apart since February.

A widely shared video shows the traumatized dog standing on the debris of his family’s home in Dnipro, eastern Ukraine.

The sad dog has been staring at the massive void created by the city’s attacks.

Among those who shared the photographs of the beleaguered animal was Ukraine’s Ministry of Defense, which wrote: “This dog, Krym, is still waiting for grandma Alla, mum Natasha, and kids Vasylisa and Ivan. 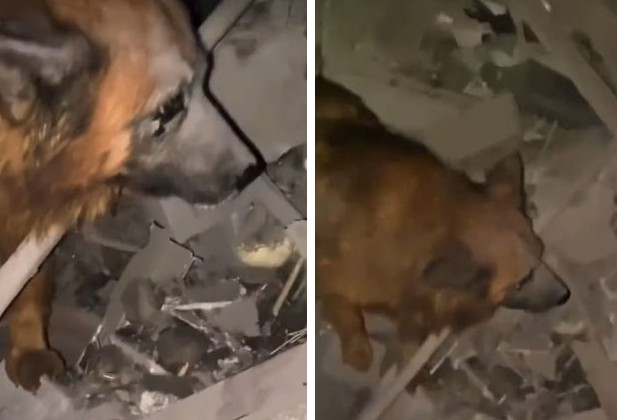 “He’s been sobbing for a day on the edge of a 20-meter crater, where his house used to be.”

Rebecca Renmant-Oliver, a mother and Finance Assistant from Rusper, has filled “four or five” busses with donated animal supplies since the conflict in Ukraine began in March.

The 56-year-old mother of one, who has a family and a career, gathers everything from dog food to veterinary examination tables to be donated mostly in the Donbas region to assist the thousands of animals displaced by the war.

Rebecca, who has three dogs, two pygmy goats, and a cat, said she felt compelled to help after viewing photographs of animals in Ukraine and thinking, “They aren’t being seen.”

“From that moment on, I determined I would attempt to help with the animal side of the situation,” she stated.

“I realize it’s terrible for everyone, but people comprehend what’s going on.” 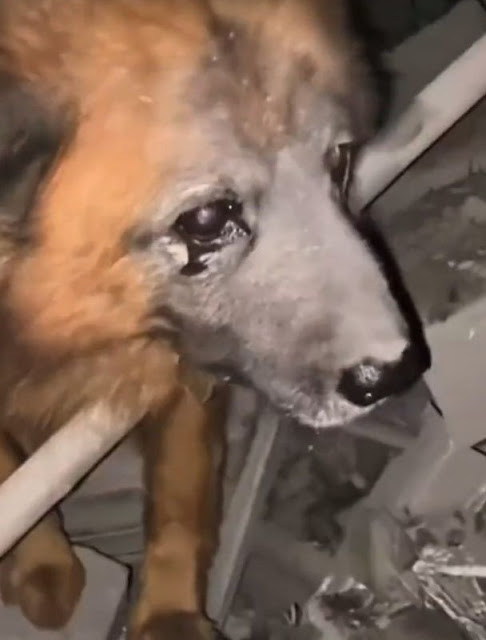 “The animals are just being abandoned; others were left chained to the train station because individuals were not permitted to carry them on the train with them.
Since Russian soldiers invaded Ukraine on February 24th of this year, about 12 million Ukrainians have left their homes.

Many Ukrainians have been forced to abandon their pets or livestock, while dozens of animals have been murdered by bombardment and Russian cruelty on the ground.

Millions more animals have been left behind, with much of the infrastructure that housed them destroyed and pets and livestock left to suffer.

Some were left to starve or were beaten to death by Russian soldiers, while others grew ill, afflicted with rabies or other illnesses.

Rebecca discovered that individuals were “quite delighted” to give once she posted a shoutout on Facebook, whether it was food or toys they had left in their cabinet that their animal had not enjoyed, or collars and leads they no longer required.

Local veterinary clinics also contributed medicine and veterinary equipment to a shelter in Chernivtsi, where a vet was sent in to help wounded pets or cattle.