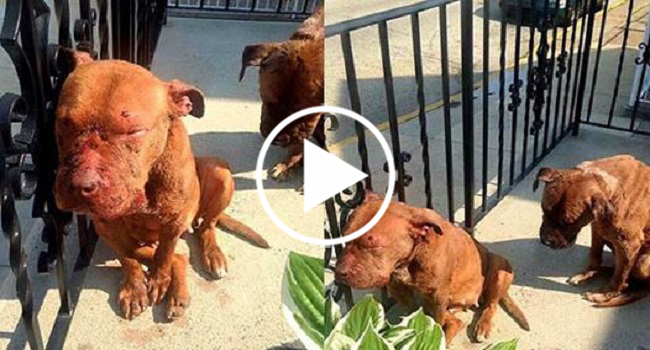 Last week, a Philadelphia woman was astounded to look out her window and see two bait dogs in the worst shape she’d ever seen, just sitting on her porch, silently waiting for help.

They are clearly victims of the opprobrious world of dog fighting, and have been thoroughly tormented, they are bait dogs.

It is a godsend they were dumped on this woman’s patio, because now they are receiving medical care and love, possibly for the first time in their lives. 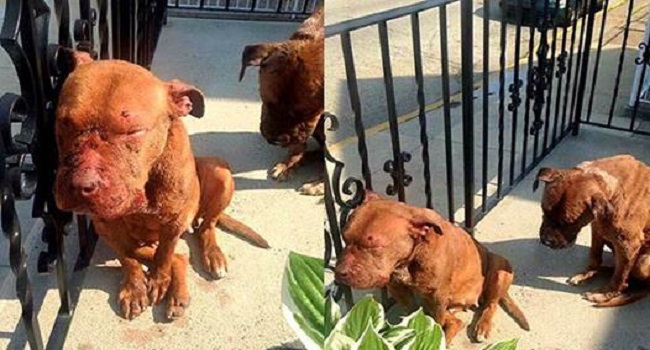 “These dogs were on my patio this morning when I was leaving for work… they were badly beaten and used as bait … bleeding. Broken bones… malnourished,” Tara Whitaker said. “Makes me sick to look at these poor animals.

How people can do this is beyond me.”She spent three hours caring for them before animal control arrived.They were taken in by Rescue Dogs Rock NYC, the staff of which is doing everything they can to get Sweet Pea and Dizzy treatment for all their physical injuries, and love for their emotional ones.

Tara later contacted the rescue group to share more of her story and her gratitude for caring for the pair: Thank you so much for taking them in and taking such wonderful care of them. I’m so happy they’re with you and your rescue. God bless you all! Poor babies.

When I fed them they gulped down the food, and so thirsty. The female [Sweet Pea] ate more than the male [Dizzy]. He was just in too much pain. Looked like he lived his life in a cage. 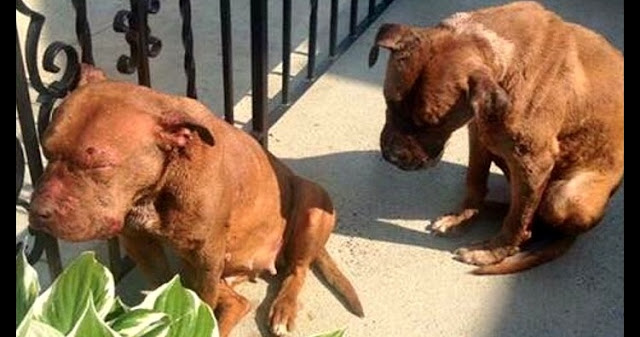 All cramped up and legs crooked and bent up then when we went to sit he couldn’t do he used his tail to hold himself up to sit. Was swaying back and forth like he was going to pass out.

Eyes shaking back and forth from pain it looked. As soon as that leash was taken out by ACCT he peed everywhere. Fear.

Those dog fighting scumbags use leashes to drag these dogs in for bait. It’s sickening. No wonder he was t.e.r.r.i.f.i.e.d. He didn’t want to leave me and it broke my heart but cops had to investigate, file [a] report and contact ACCT as protocol.

I tried finding a rescue or someone to take them first but two hours passed by and nothing. I couldn’t let them suffer.

It k.i.l.l.e.d me seeing them like this and sitting with them not knowing what to do. But I promised them both I’d find a good rescue to save them. And thank the Lord God sent them YOU! I called ACCT constantly and Melissa at Channel 10 news kept on ACCT as well to keep them safe from being put down until rescued.

I was down as their sponsor because if no one came for them I would have. Thank you all so very much! I can’t thank you all enough! Keep me posted and give them my love. 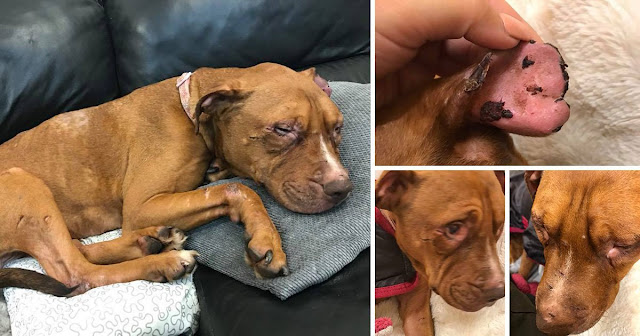 This message comes from the post about them on Rescue Dog’s Facebook page: These photos pretty much tell their own story… They were used, abused & suffered the ultimate betrayal by humans, used to train other dogs to fight and be bait dogs.

We are saddened & repulsed by their story. Our hearts are broken. Dizzy is so painful he can barely move. He has bite wounds EVERYWHERE!

Sweet Pea looks awful with her swollen face, but she’s physically & mentally in a better place than Dizzy. He cowers when approached by humans. And why we would he trust us?! 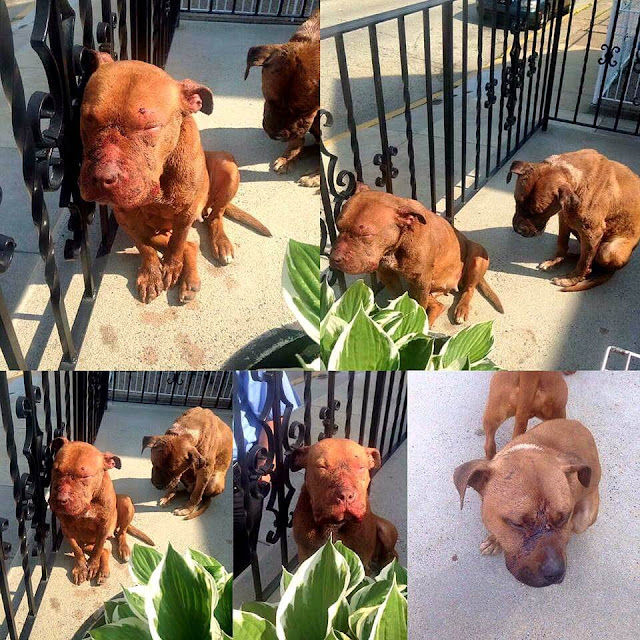 After all, the human race has failed these dogs.

How does dog fighting flourish in today’s society?! Why hasn’t it been stopped?! It’s truly mind boggling it exists in our “civilized” society.

We hope the story of these two innocents will help educate people and spread the word! This doesn’t just happen in Philly or NY, it happens EVERYWHERE & we MUST work together to end it!