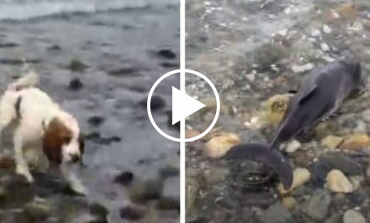 This dog’s quick thinking on his paws saved the life of a poor marine animal that was desperately in need of help. Leia the springer spaniel saw the baby dolphin stranded on the shore, started barking and led her owner towards it, where the man was able to rescue the helpless creature. Photography enthusiast Rich Wilcock was walking his 2 year old dog Leia on the shores near Criccieth, Wales, when the dog started barking uncontrollably, dragging his attention. Upon following the dog, Wilcock came across the beached marine mammal.

In an interview, the man had this to say: “I was photographing the beautiful scenery when Leia started to make a right old fuss. She kept coming up to me, barking and nudging me, she must have smelt the dolphin from a mile off. At first I thought it was a baby shark, it was only about one and half foot but on a closer inspection I could see the blow hole on top of his head and realized it was a dolphin.” 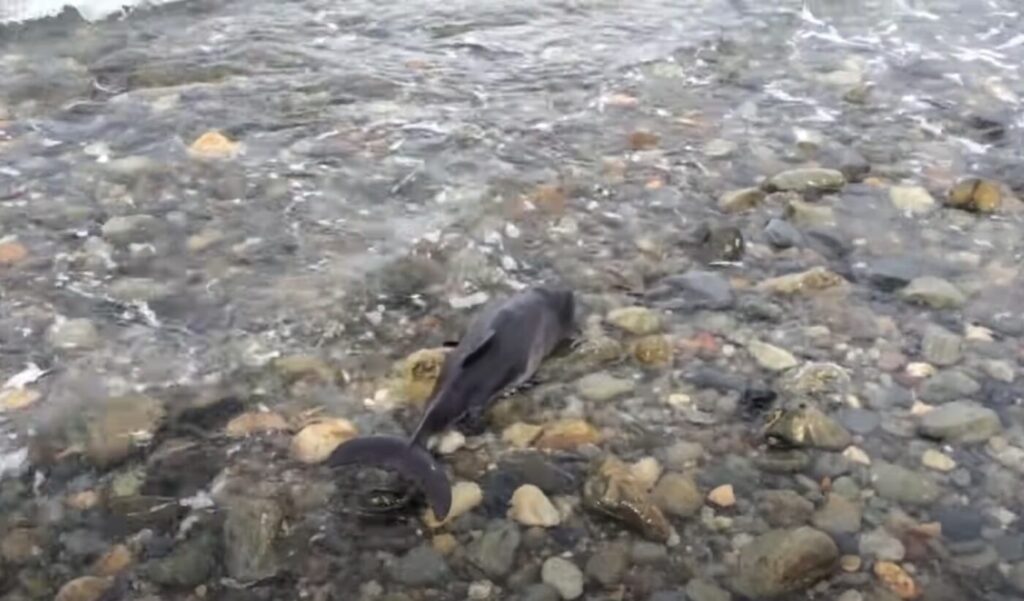 Although the man initially identified the animal as a dolphin, a marine official at the Seawatch Foundation said that it most probably was a baby porpoise, as they are very similar to dolphins, but are actually more closely related to narwhals and belugas. 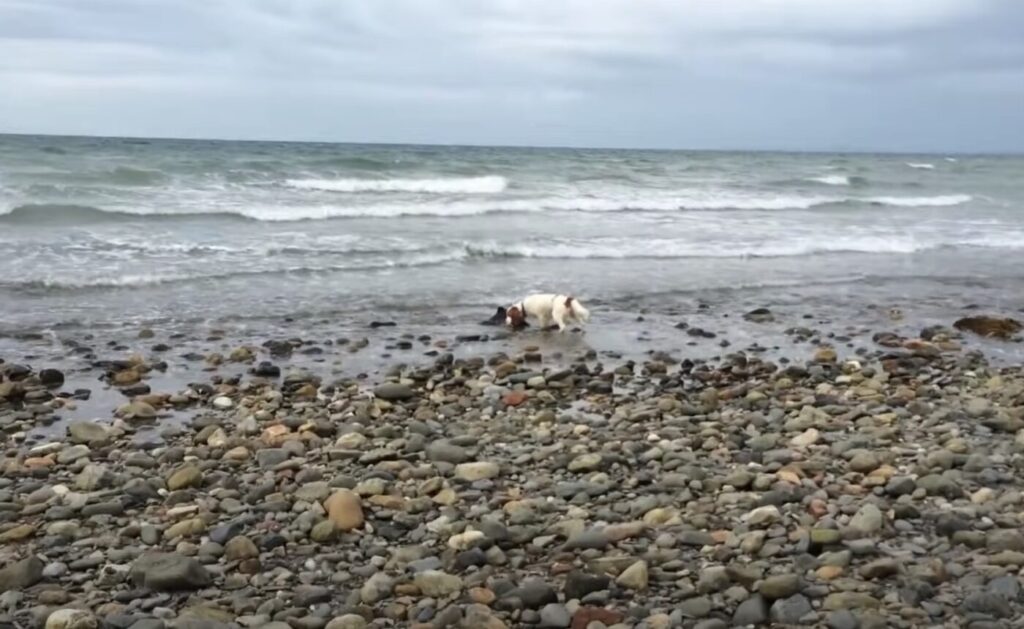 Whatever the family the mammal came from, the important thing was that Rich was able to save the little one as he guided it back to deeper waters. Later on, he and Leia stayed on the beach for nearly an hour, to make sure that the sea creature was safe. Adding more in the interview, Rich says: “There was nobody around for miles so I did what I could as gently as possible. I lifted him gently under the belly and popped him back amongst the waves and he swam away into deeper water.”

He also went on to say that his dog got some extra treats when they went back home, as it was because of her that the mammal was saved, adding: “She is a very intelligent dog, more intelligent than most.”