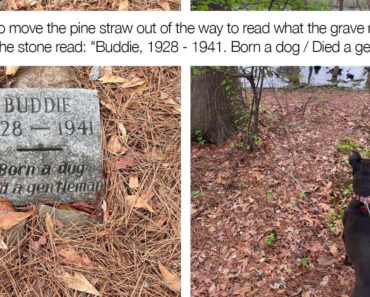 It was a cold day in West Monroe, Louisiana. While walking his dog in Kiroli Park, Zach Medlin stumbles across something he hasn’t noticed before. Upon close inspection, he notices a stone peeking between the fallen pine needles and leaves. Although Medlin’s one eyed Staffordshire Terrier Serena was more interested in chasing ducks in the nearby lake, the owner wanted to investigate further and uncovered the stone.

In an interview, Medlin had this to say: “The inscription was covered by some pine straw. So I had to move the pine straw out of the way to read what the grave marker had to say. The inscription read: ‘Buddie, 1928 – 1941. Born a dog / Died a gentleman.’” 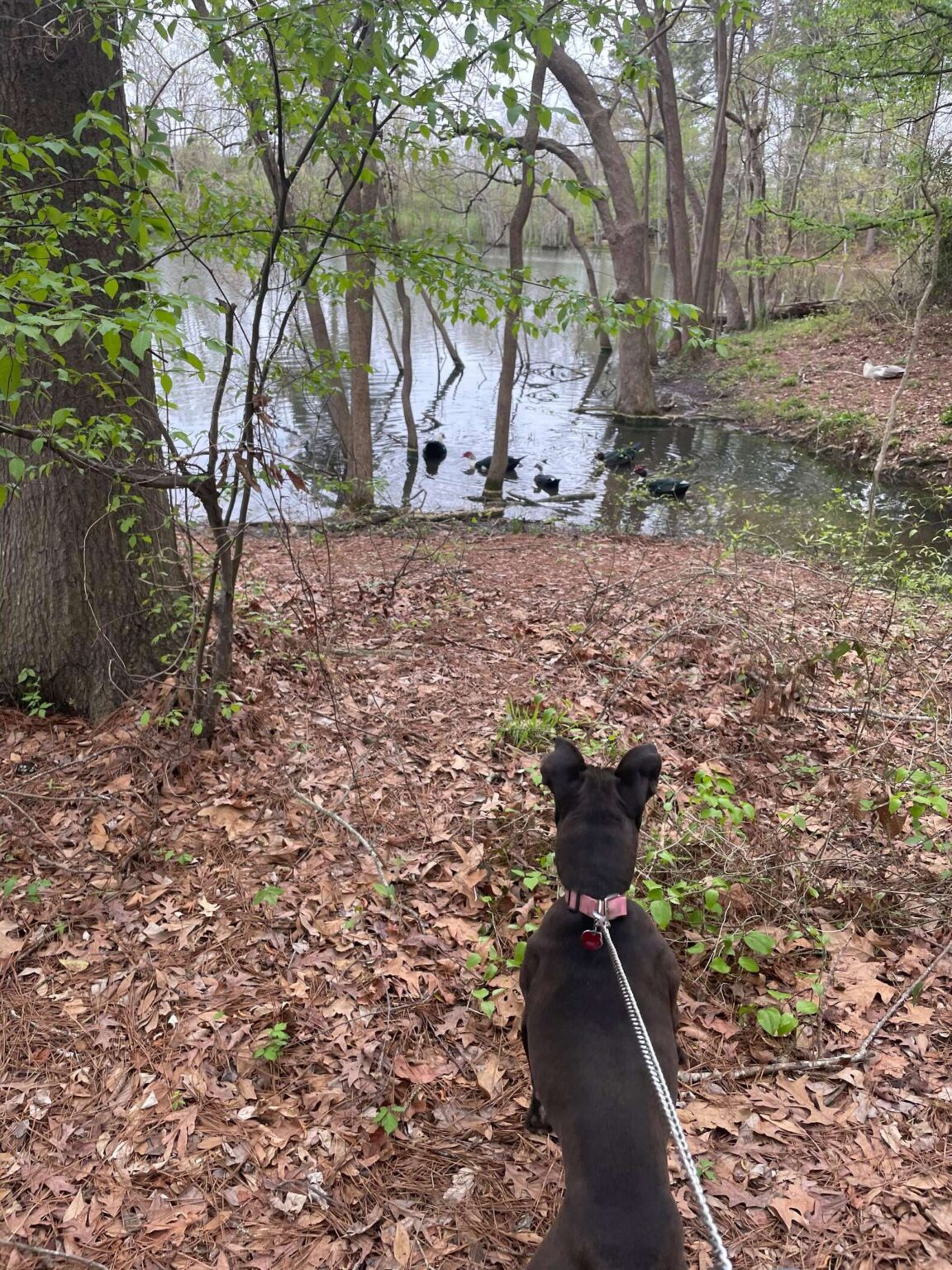 The man was perplexed as to why this dog was buried alone in this 160-acre park. According to the inscription, Medlin recognized that the deceased dog was a great dog who was adored by his family all those years ago, and he continues, “It warms my heart to know that Buddie carried his owners through the Great Depression.”

“Every dog deserves a gravestone.” According to local legend, Kiroli Park was once a Boy Scout camp, with a dog named Buddie serving as their mascot. It’s also said that a boy was swimming in the lake and was about to drown when Buddie the dog spotted him and began barking, alerting the other scouts, who were able to save him. 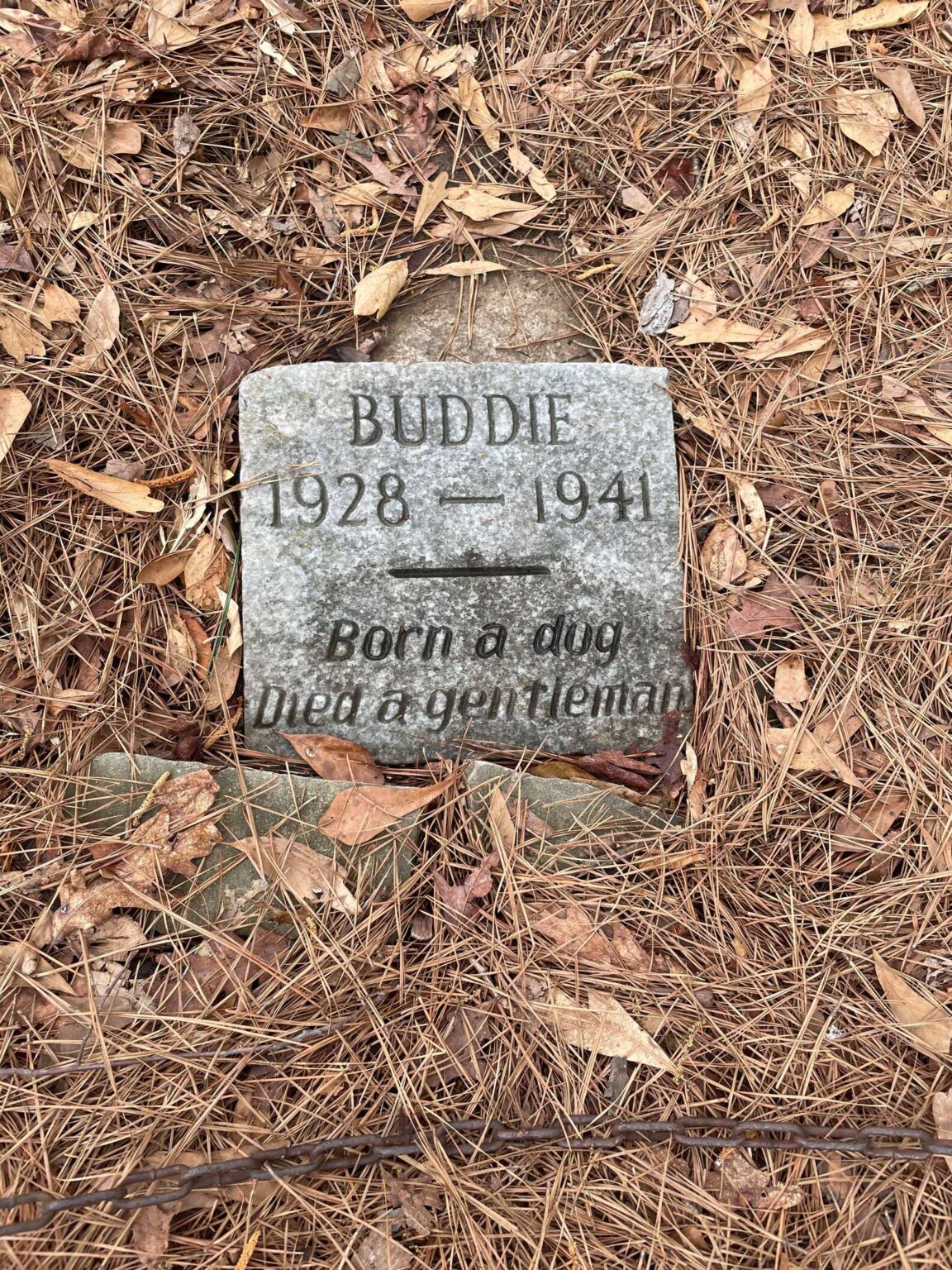 Whatever said and done, research done on this regard seems to disprove this. Lora Peppers writes on a website and had this to say: “While I was reading newspaper clippings detailing the legend, I found a copy of a handwritten note dated October 18, 1993.

It says the following: ‘According to Mrs. Dee Strickland, the dog belonged to Mr. and Mrs. Albert H. Jones, 215 Breard St., Monroe. Mrs. Strickland lived with the Jones [family] in 1932. The dog was a beautiful Irish setter. Mr. Jones frequently took him to Kiroli Park to run, so when he died, he decided to bury him in Kiroli Park.’” No matter whether Buddie was a Boy Scout hero, or even just to his family, the dog was an extremely good boy. This memorial created by his family will allow his memory to live on. 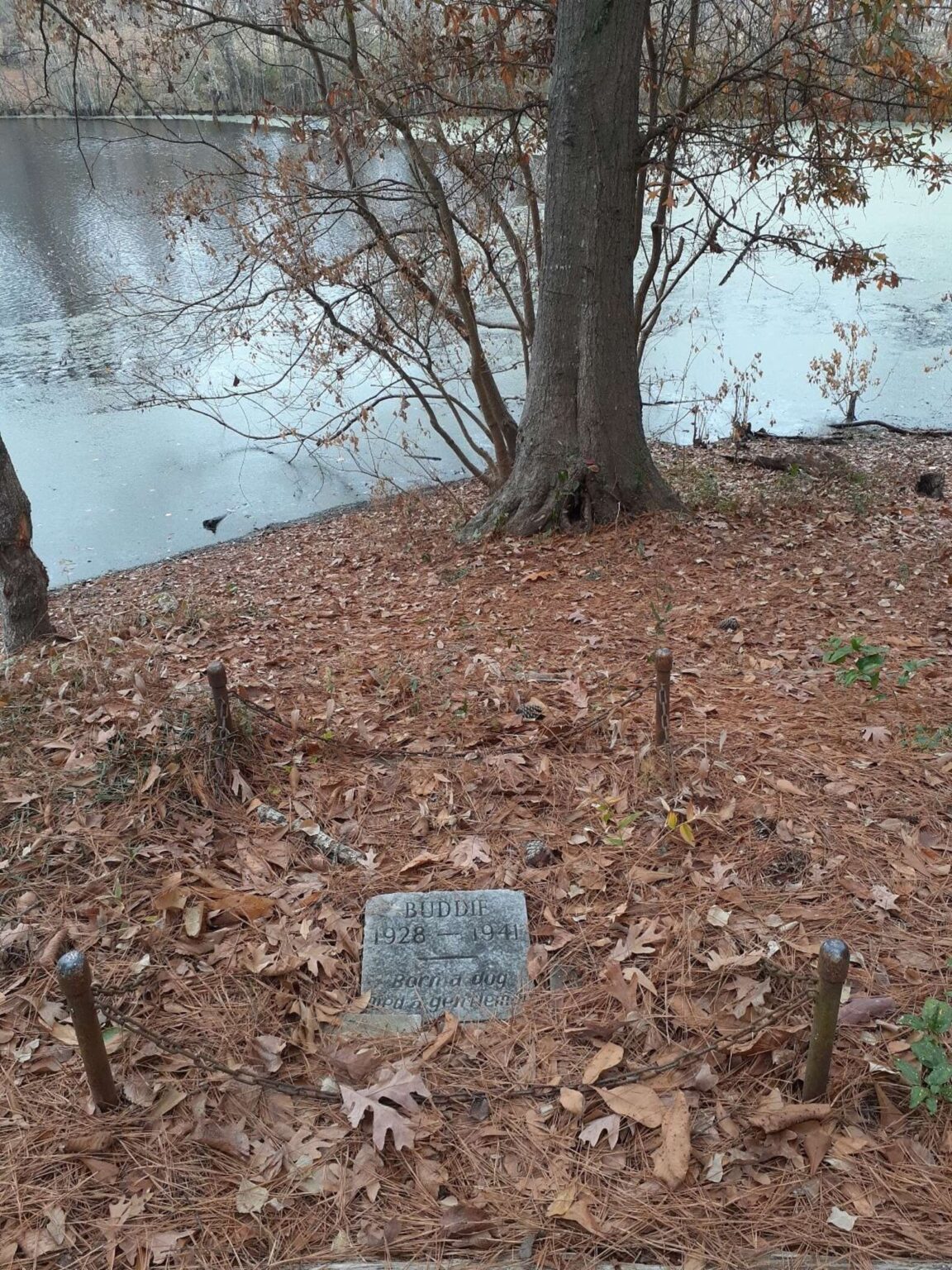