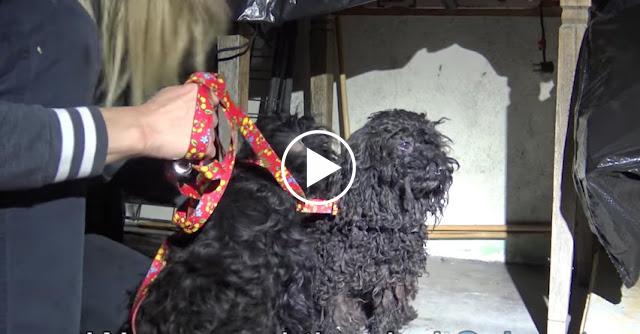 Hope For Paws got a call just before Christmas that a father and son needed rescuing. The mom had been struck by a car and killed and the two dogs were holed up at an apartment complex. 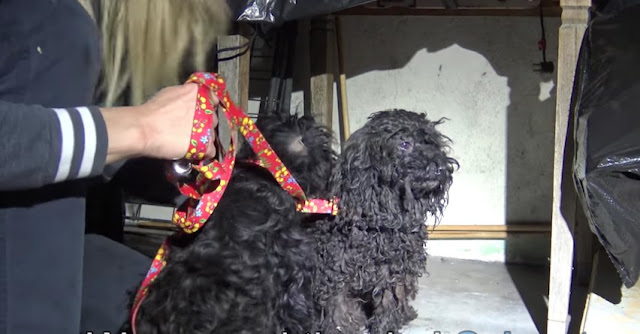 When they arrived, the son was friendly, but his dad was frightened. He watches tentatively as his son (who they named Speedy) gets a snack and is petted. But the older dog continues to shake in fear when rescuers extend a loving hand.

That’s when his son steps up to help them. Speedy makes sure to reassure his dad (Sylvester) that the people are there to help them, and Sylvester, although scared, lets them save him.

Once they had Speedy and Sylvester in hand, Hope For Paws heads to hospital. Both dogs were so dirty and matted that Sylvester didn’t recognize his son after his bath. But when he does, he wags his tail for the very first time!

And a few days later, you would hardly know these two dogs had been living on the streets. 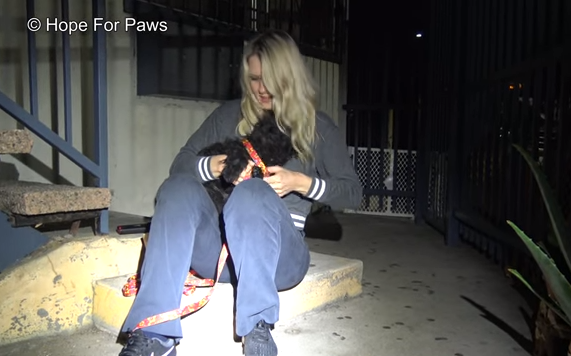 The two are loving their time in foster care and are now available for adoption through PalRescue.org. Watch their heartwarming rescue in the video below.