Home Dog Blog Sick Dog Called a ‘Werewolf’ But No One Stopped to Help Until... 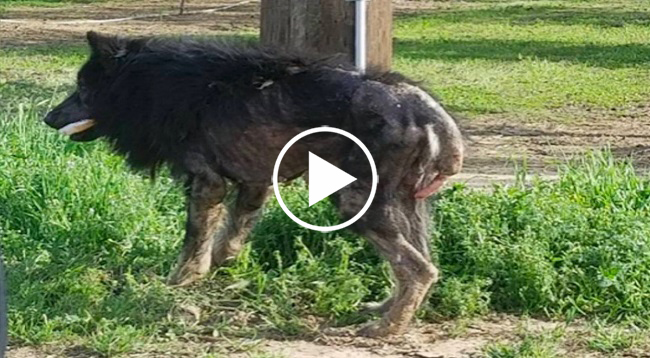 When rescuers arrived to help King, he had been abandoned and neglected for months.

Living on the side of the road, he looked like a scary, strange, decrepit werewolf with a mane of patchy fur, a skeletal frame and nubby pink tail. 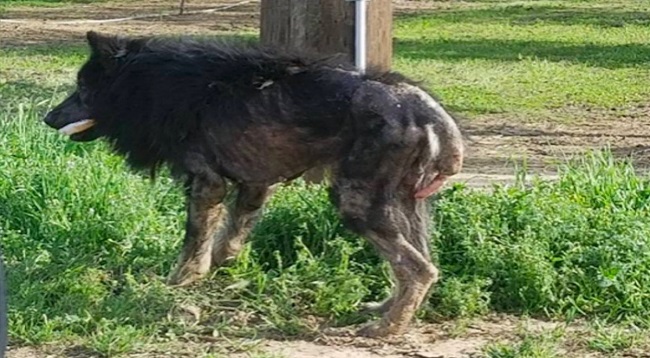 No one around the orchard in Madera Ranchos, California, seemed to bother to want to find out what kind of animal he was, or if they knew he was a dog, they weren’t interested in helping. 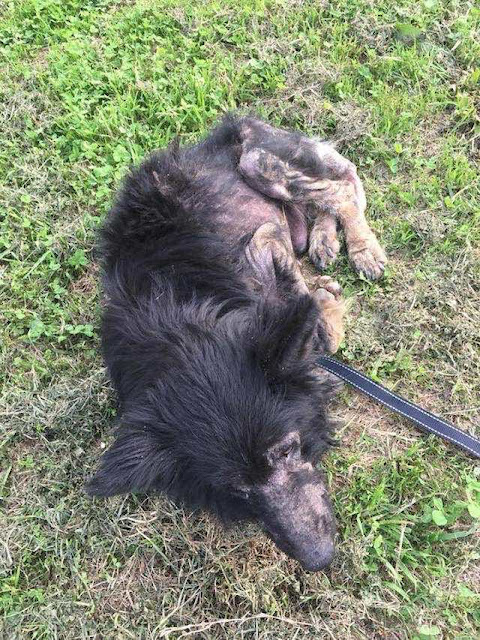 That is until one woman spotted him and put out a desperate plea on Facebook. YB Rivlores posted a series of photos of the dog and dog rescuer Megan Bowe responded. 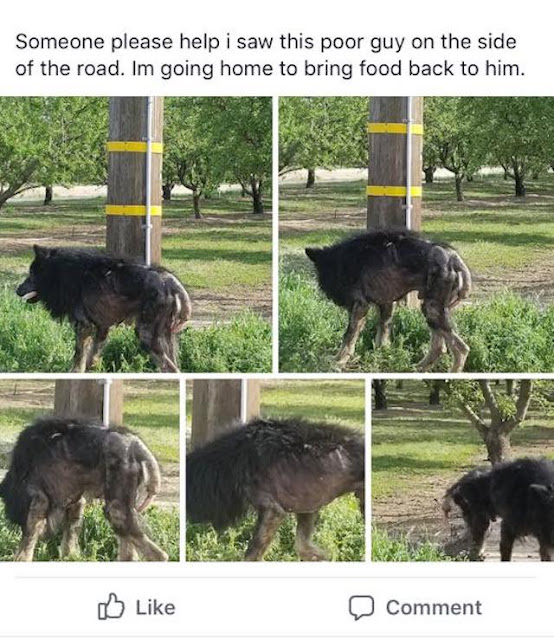 The founder of Bowe’s Adoptable Rescue Pups could tell the German Shepherd was on his last legs from the photos, but she didn’t know just how bad he was until she arrived to save him. 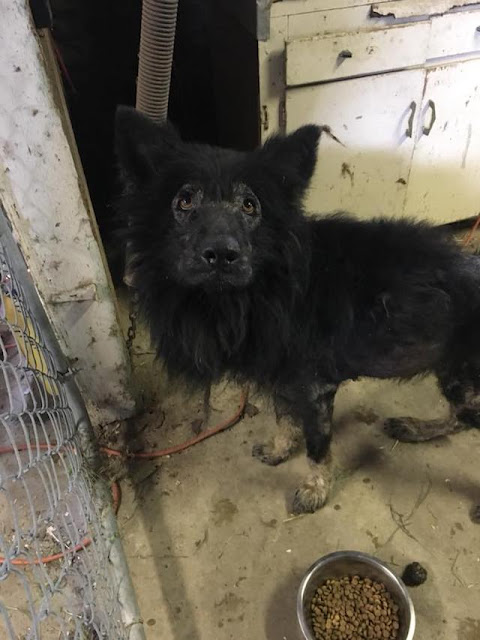 He could barely stand up. His fur was falling out and he was severely emaciated. 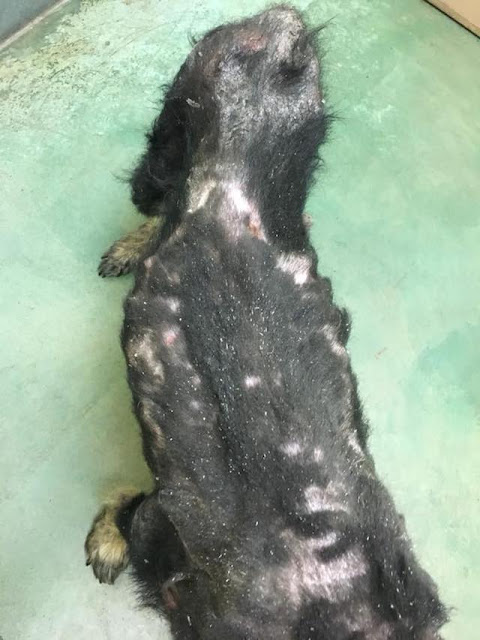 She rushed King to the vet where they determined the dog was only about 1 year old. He had a fractured pelvis, broken months earlier. 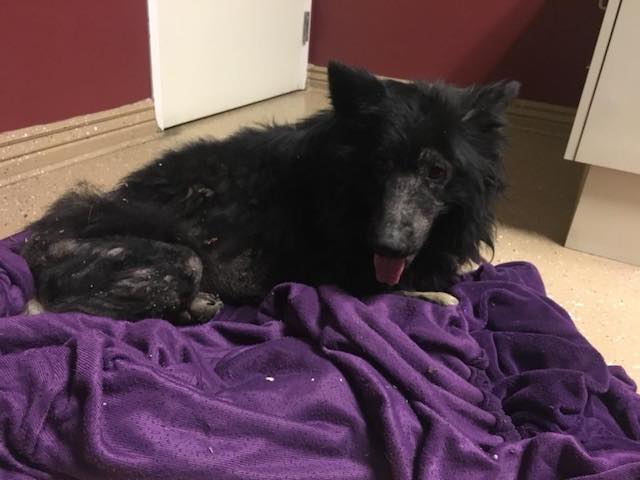 “We have a fractured pelvis that happened a few months ago. Bones are healing but not in the right place,” Megan wrote on Facebook. 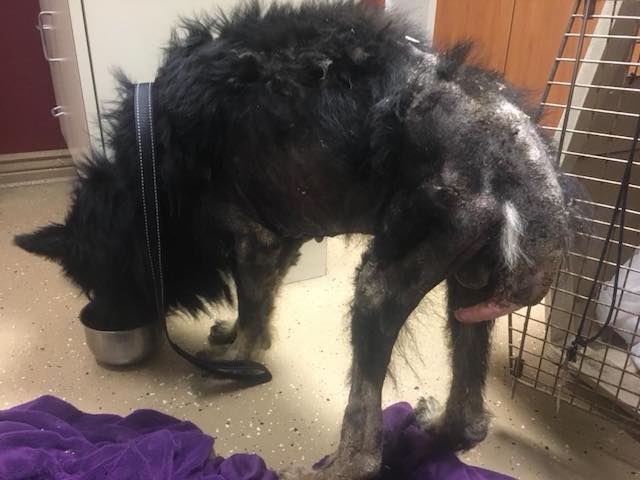 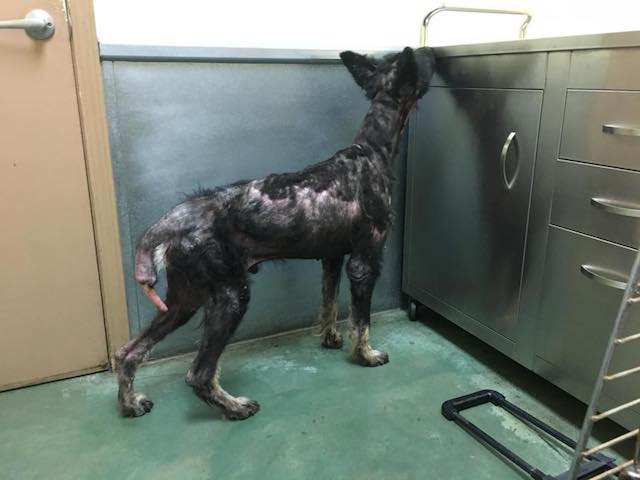 She set to work to put this broken dog back together again. He was quarantined so as to not infect the other dogs and put on a special feeding regimen. 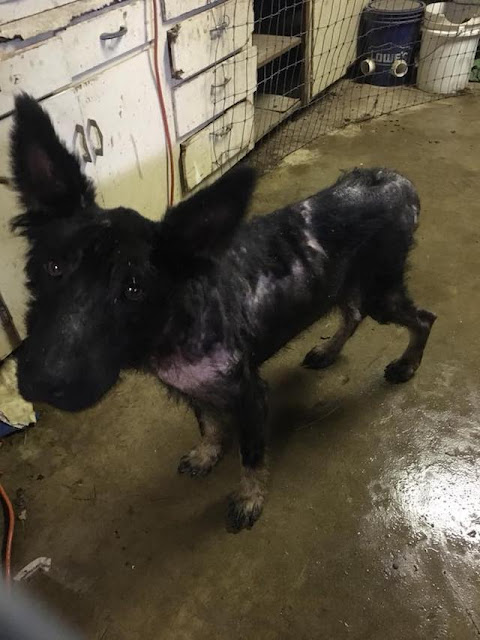 When he regained enough strength, he underwent surgery, which went well. 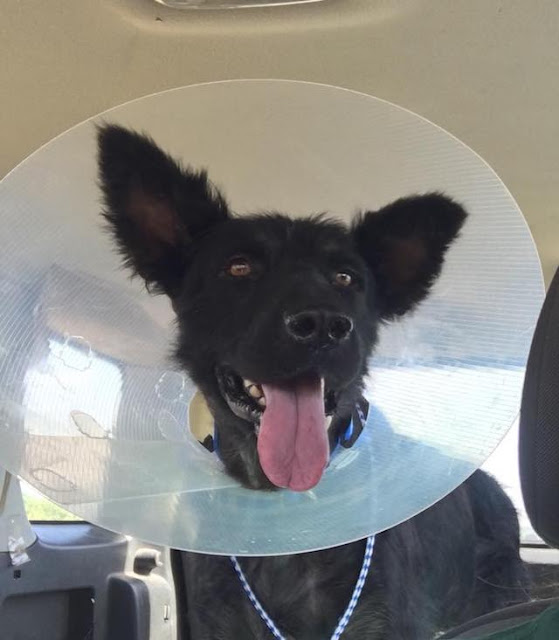 The vet instructed Megan to take King on daily walks to strengthen his hind leg. 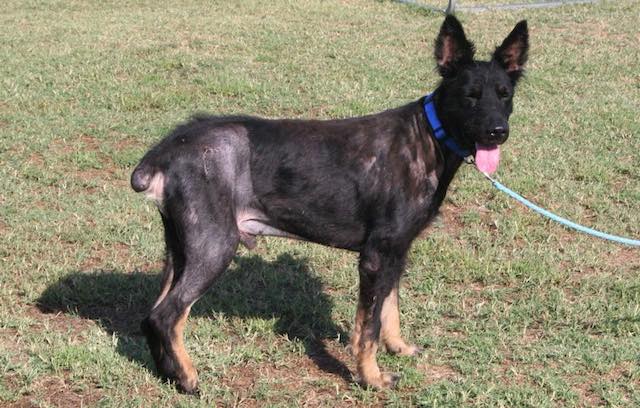 It’s now been a about a month and a half since Megan first rescued King, and he’s come a long way in that short time. 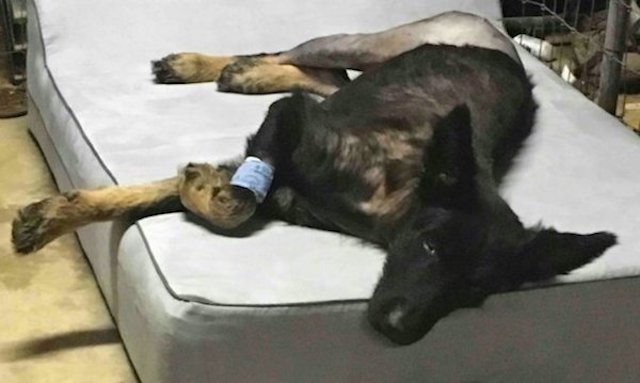 His hair is growing back and he’s loving going on car rides and getting treats and trying out his new dog bed. 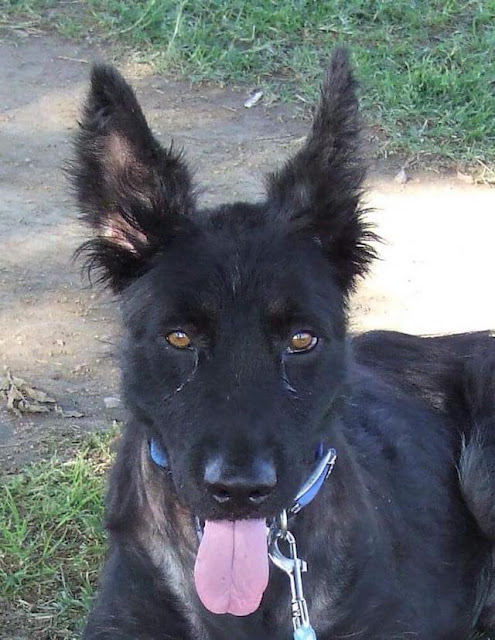 He’s a happy boy and it’s extremely fortunate that a Good Samaritan acted to help him when she saw him and that Megan saved him. Thanks to her, he has a bright future ahead.