Home Dog Blog Service Dog Throws Himself In Front Of School Bus To Protect His... 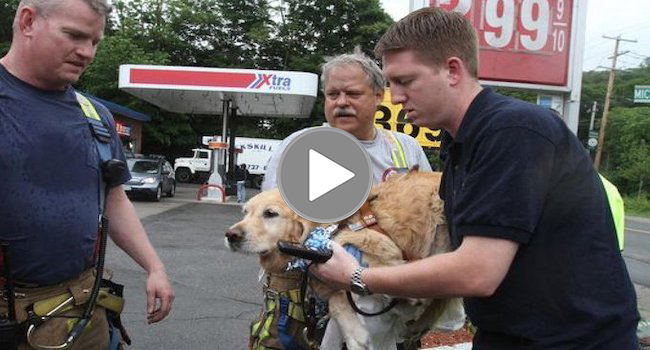 A guide dog displayed unbelievable loyalty and bravery when he saw an oncoming mini school bus driving right towards his blind human. 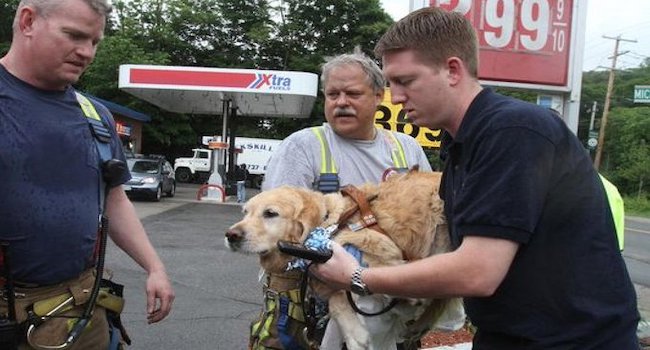 The school bus driver didn’t see Audrey Stone and her service dog, Figo, crossing the street, but Figo saw the driver and reacted by throwing himself at the closest part of the vehicle to shield Stone. 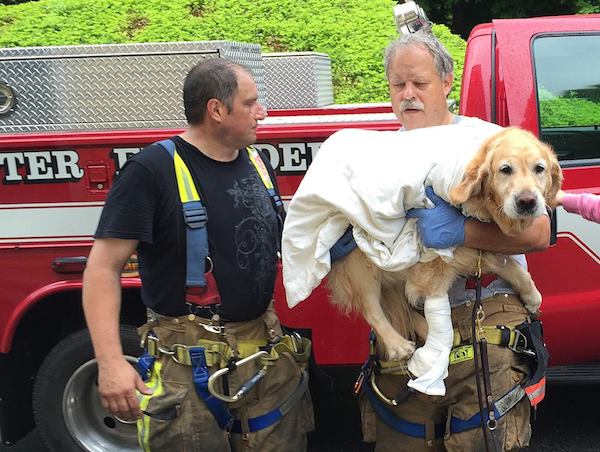 According to USA Today, Brewster Chief of Police John Del Gardo had nothing but admiration for Figo, saying: “The dog took a lot of the blow. And he did not want to leave her side. He stood right with her. He was there to save her.”

Fifteen EMTs arrived to help Stone, who fractured her right elbow and her ankle and sustained three broken ribs. Throughout it all, Figo wanted to stay by her side and Stone called out for him repeatedly. 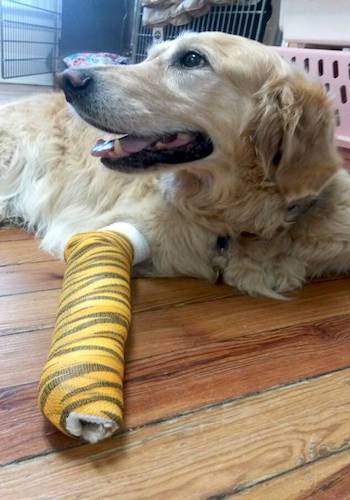 Figo had a bad laceration to his right leg and EMTs bandaged it. Throughout the chaos, Figo remained calm and did not bark or cry, despite being in obvious pain.

As Figo could not accompany Stone in the ambulance, he was taken in the Brewster Fire Department truck and taken to the vet. 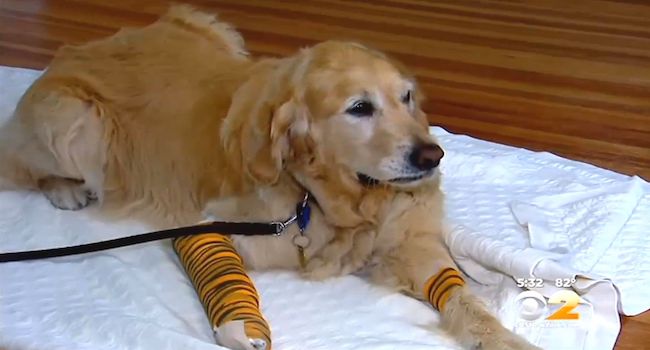 Both Figo and Stone are recovering from surgery and doing well and recovering in hospital.

What an incredibly selfless and brave dog! Share Figo’s act of heroism with your family and friends!