Home Dog Blog S.tra.y Dog Collapses And Starts Crying When She Realizes That Humans Have... 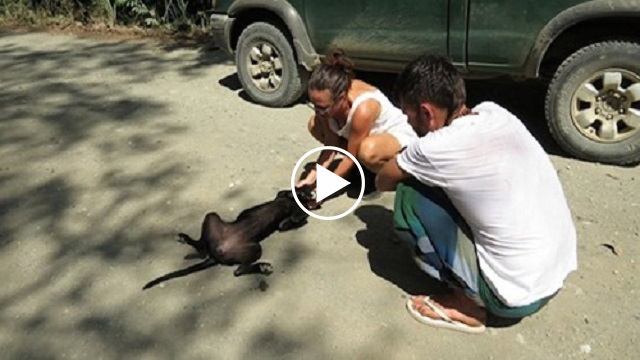 Tania Cappelluti was traveling in Costa Rica in search of a stray dog when she unexpectedly came across another one who desperately needed help.

“It was a boiling hot Sunday…Seriously…it was unbearable…we drove and drove and couldn’t find the dog,” Tania wrote on her rescue’s Facebook page.

“All of a sudden we saw this little black girl sitting on the side of the dusty road in the middle of nowhere!” 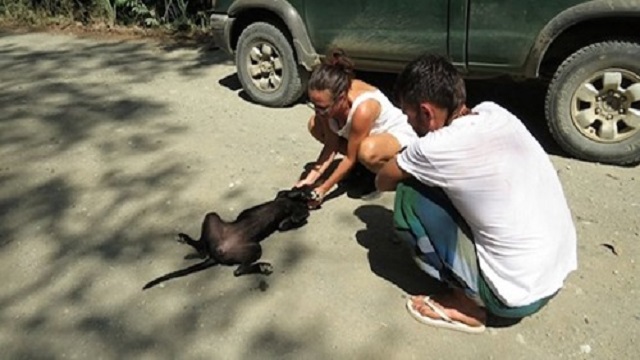 When Tania approached with water, the dog was so relieved to see her that she collapsed to the ground and cried.

“When I jumped out of the car to check on her she immediately fell on the ground and started crying,” Tania said. 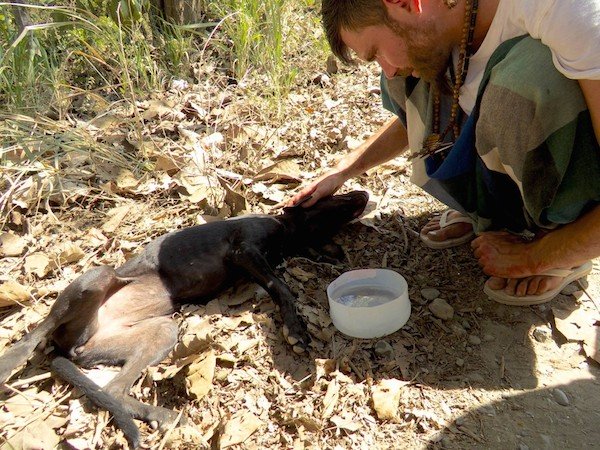 “She was covered in fleas and ticks and was extremely dehydrated. But the sweetest soul…We gave her water and a bit of food. She could hardly hold herself up.” 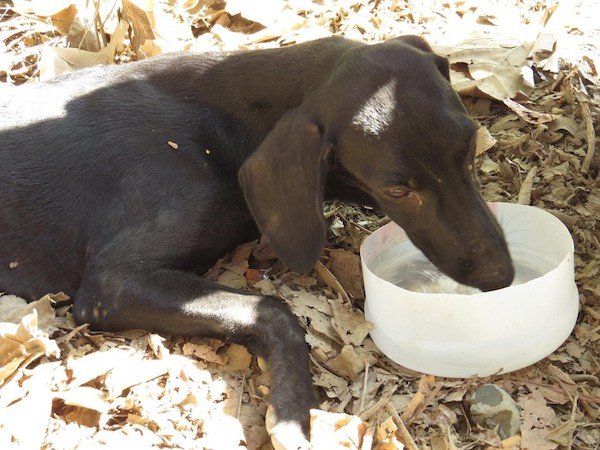 Tania is a yoga instructor and runs her own dog rescue, Charlie’s Angels Animal Rescue. She posted pictures of the dog she named Gaia on Facebook. 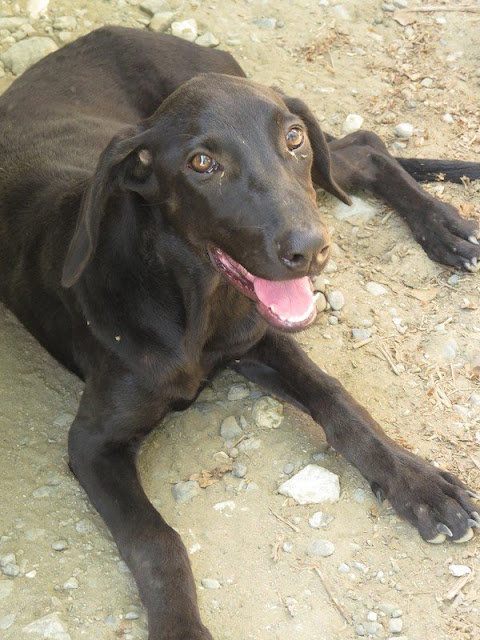 As soon as she rescued Gaia she networked with other animal rescuers in the country and soon found Gaia a foster home. 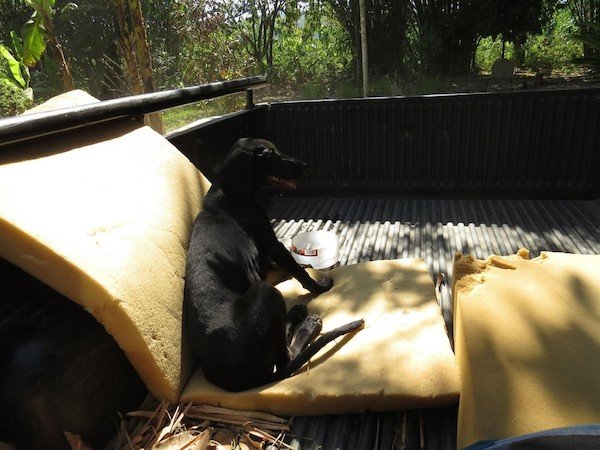 Shortly after she was adopted by a woman living in Costa Rica. 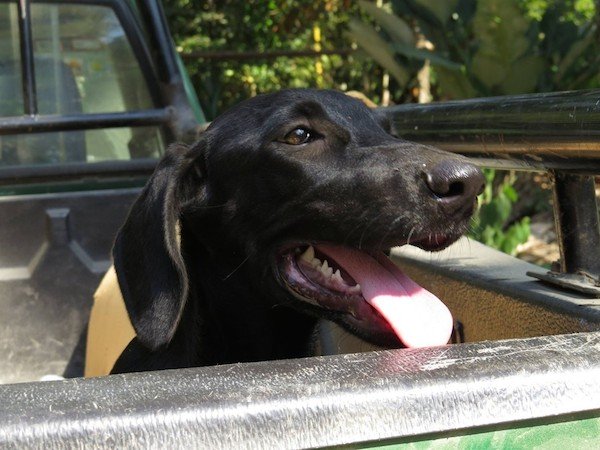 Gaia now has a lot of reasons to “high five”! “Gaia found an excellent home in Puerto Jimenez,” Cappelluti wrote. “She lives with a lovely lady from France in a beautiful cool house and already knows how to give high fives!” 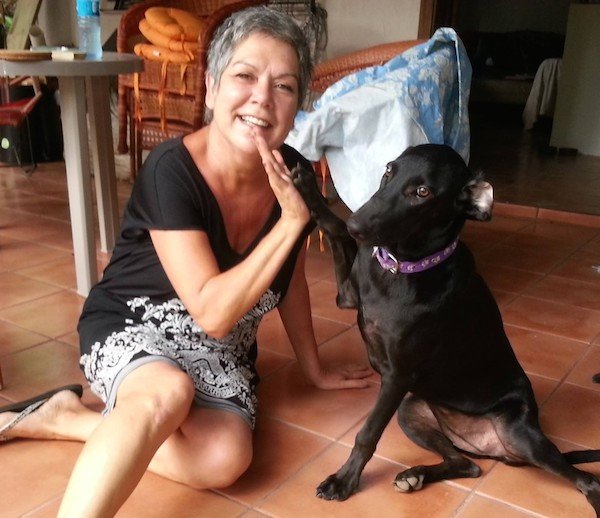 Says Tania, “Stories like this make us soooo happy!” Me too!

Share Gaia’s happy ending and the work that Charlie’s Angels Animal Rescue does with your family and friends!