Home Dog Blog Pit Bulls Becoming K9s After Being Saved From Shelters And Given A...

Pit Bulls have had a bad rap for a long time. But now, thanks to some open-minded cops, these former shelter dogs are not only saving police departments money, they’re helping to save lives. 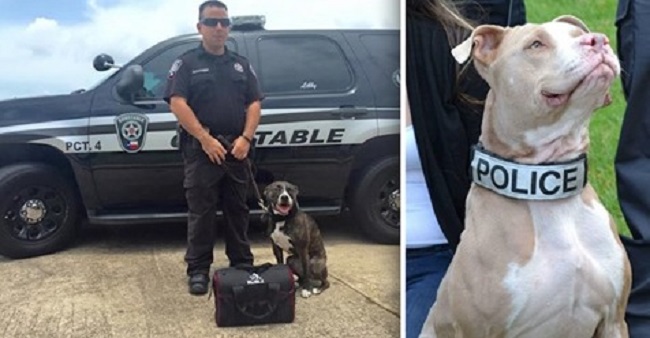 Pit Bulls continue to face p.r.e.j.u.d.i.c.e.s and breed d.i.s.c.r.i.m.i.n.a.t.i.o.n throughout the United States. But a few organizations in Texas are working to break down these barriers with a unique program that sees rescued Pit Bulls become invaluable K9 officers.

Facing increasing budgetary pressures, some police departments are turning to non profit organizations like Animal Farm Foundation to get their K9 partners, who just so happen to be former shelter dogs.

Whereas traditionally bred and trained police dogs can cost upwards of $10,000 for police departments to acquire, these rescued dogs are provided free of charge thanks to the sponsorships and donations of time and money of the organizations involved. 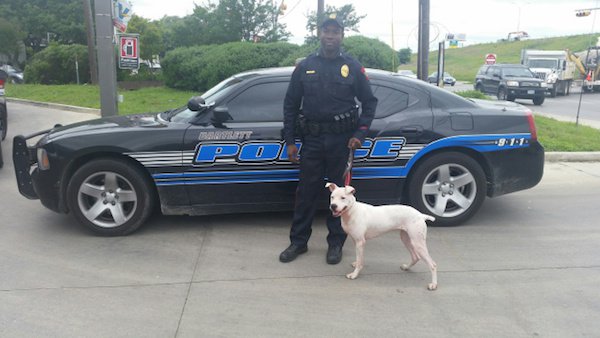 Animal Farm Foundation works with local rescues such as Austin Pets Alive! to find and fund shelter dogs who, in turn, Universal K9 can train to become police dogs. Among the rescued and specially-trained canines are Pit Bulls. Although Pit Bulls are often mislabeled dangerous and aggressive, given the chance, Pit Bulls make excellent K9s.

“Any dog that has the drive, confidence, and desire to work can do it! Breed does not dictate a dog’s ability to work,” explains Universal K9 founder Brad Croft. Croft has long advocated for Pit Bulls and came up with the idea to rescue and train them in police work. Croft says he looks for dogs that are curious, confident and eager to please. They also have to have the instincts needed for detection work. 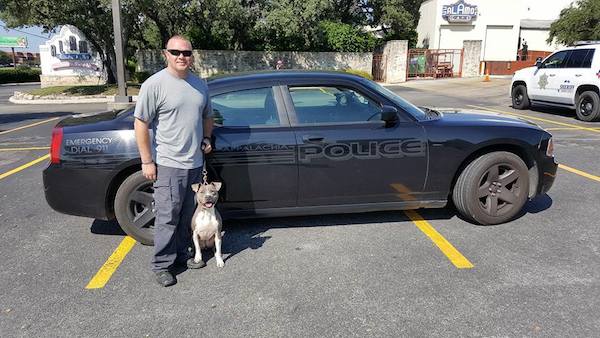 K9 Mollie and her new handler. She came from The Buster Foundation and is a narcotics officer with Appalachia PD VA. Photo: Universal K9

Once the rescued Pit Bulls come to Croft’s training facility, they are trained to detect narcotics, explosives, arson, missing persons and other police duties. 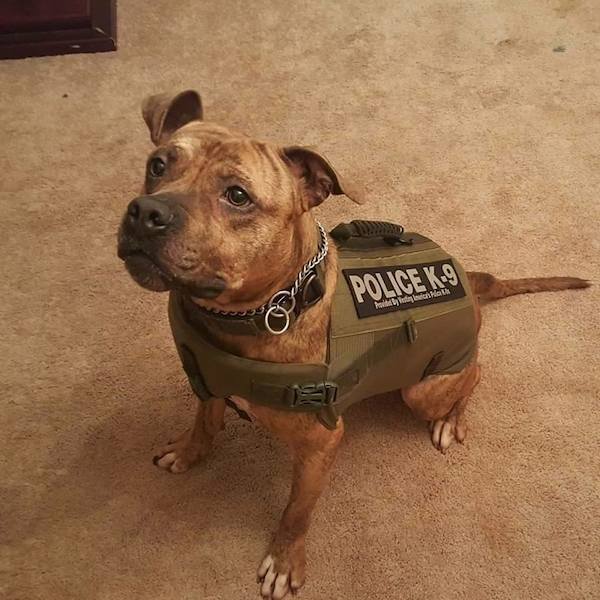 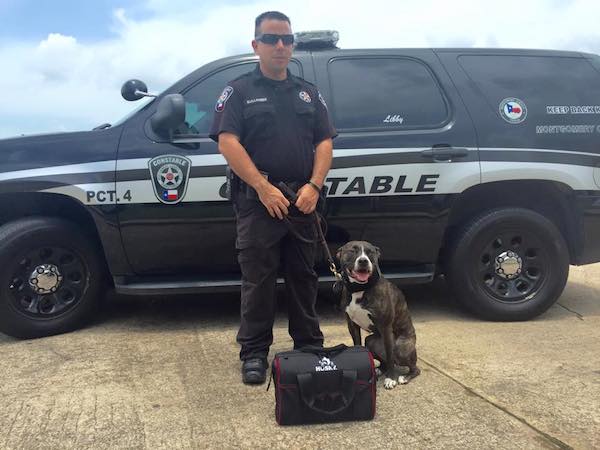 Although the prejudice still persists, the sponsorships and financial support offered through Animal Farm Foundation is helping to open more doors in police departments across the country.

Croft says they’ve placed around 10 “Pit Bull” dogs with law enforcement agencies in the past few years since starting the program. Among them is K9 Libby, who works in Montgomery County, Texas. She has been dubbed “The World’s Raddest Police Dog”. 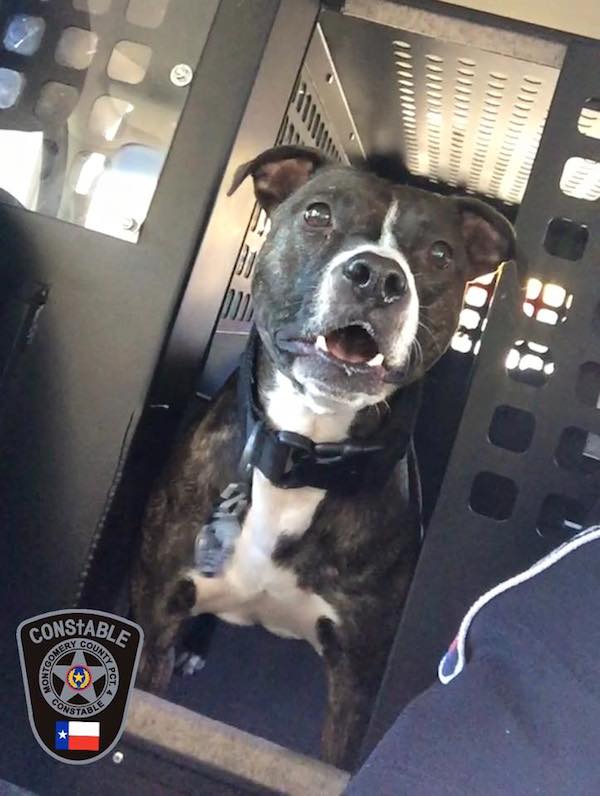 And Kiah, a Pit Bull saved from the Kirby Animal Shelter in Texas, joined Poughkeepsie Police Department as the Rookie K9 Sniffer Dog. Kiah has done so well in her duties that she is receiving the ASPCA Public Service Award. As the first “pit bull” police dog in the state of New York, K9 Kiah is blazing a new path for other police departments and “pit bull” dogs around the country. 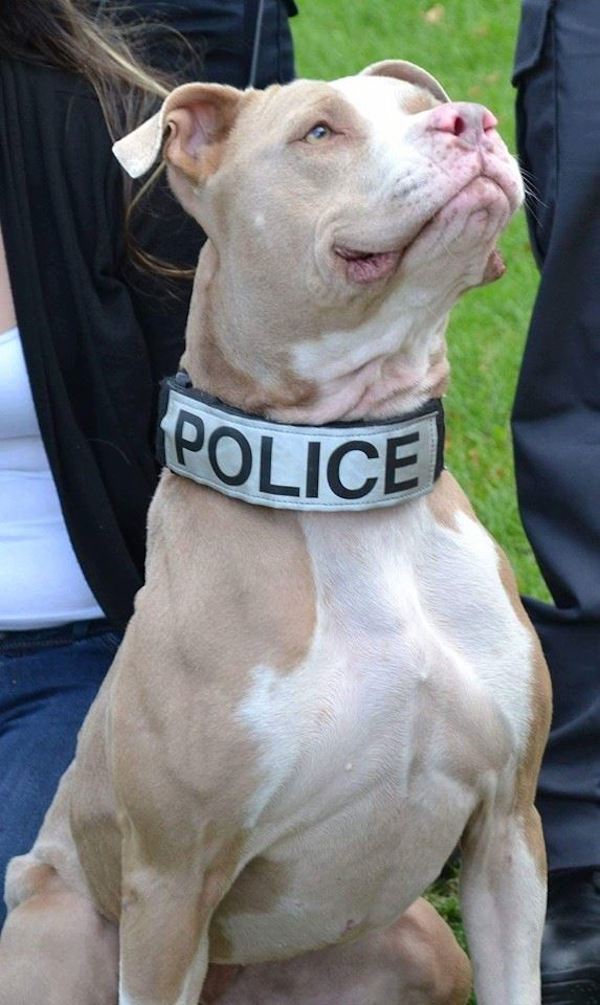 This is such a fantastic program and a great way to not only save shelter dogs but also break down stereotypes and prejudices about the Pit Bull breed. These rescued dogs are giving back to their communities in a way that is making a huge difference.

Share this innovative program with your family and friends.