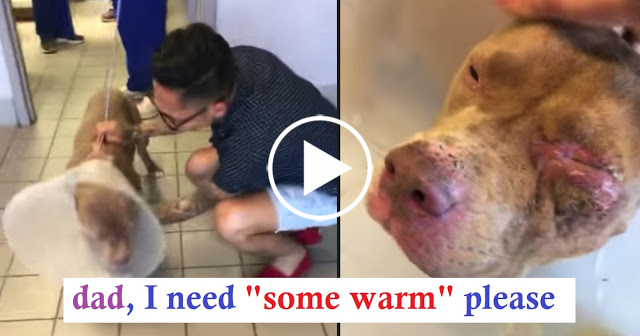 Titan was gone for 4 months, but Dad never lost hope!

Dara Prak began to wonder if she would ever see her dog Titan again. But he kept pushing and keeping hope alive.

A pit bull was stolen from his backyard in Houston, Texas.

And four months later, Titan showed up at a shelter in South Carolina where they scanned his microchip and found out the dog’s origins!!!

Dara traveled 1,000 miles to gather together with her beloved pet.

The dog was in poor condition and was believed to have been abused the entire time he was gone, but is expected to fully recover.

Watch video below for more information!