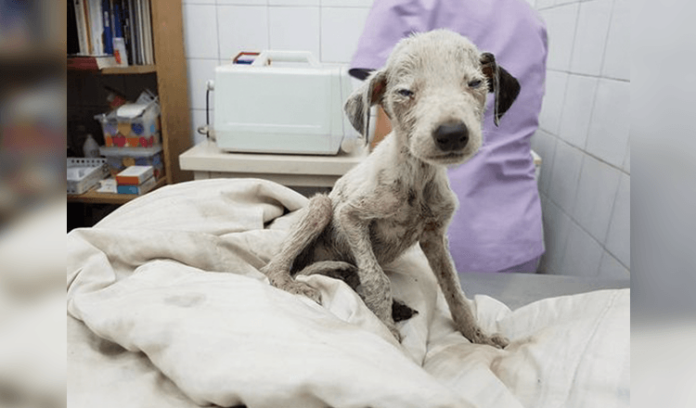 Meet Trappido! Danu Colombo got a report for help a poor puppy in severe condition. He is literally a bag of bones, he cannot stand for more than five seconds, writes pets-tms

He was dehydrated malnourished flees galore scabies blisters soars all over his body, his stomach practically closed and a large infection from which, he cannot open his eyes and oozes a lot of pus constantly. 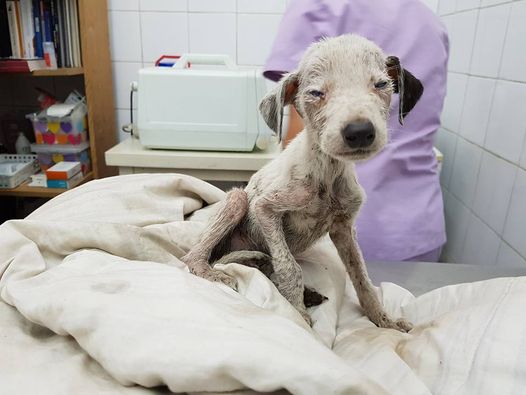 He is cared for by myvit maria hermita, medicated and undergoing treatment. They can only wait for evolution it is not easy 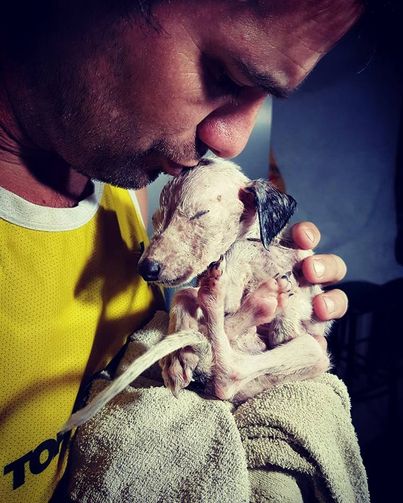 So small and with everything he has his life hangs by a thread. The positive thing that he eats he does not have vomiting but he does have a lot of diarrhea the day he arrived luckily later he cut it off.

His eyelids are sunken and one is recovering better than the other. To think positively the skinny guy has to get ahead he can’t lower his legs because there are many of us who want to see him smile at life 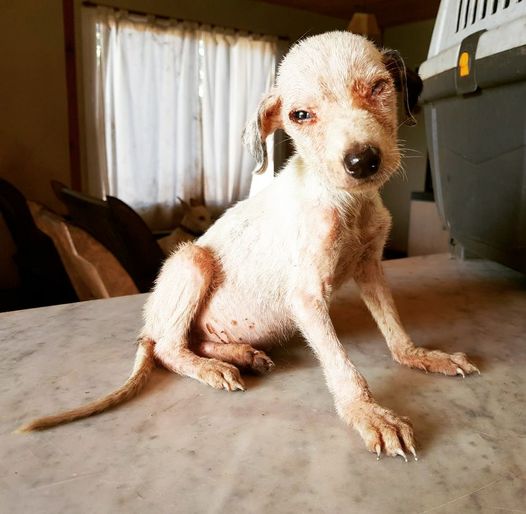 It has been a week since he got home that encourages a little he gained weight. He had so many parasites inside that they are consumed they are already medicated.

After 11 day Trappido is better and that it would be time to get out of bed, mom continues to take care of him a lot and she is happy because she says that he is a very strong trappido. 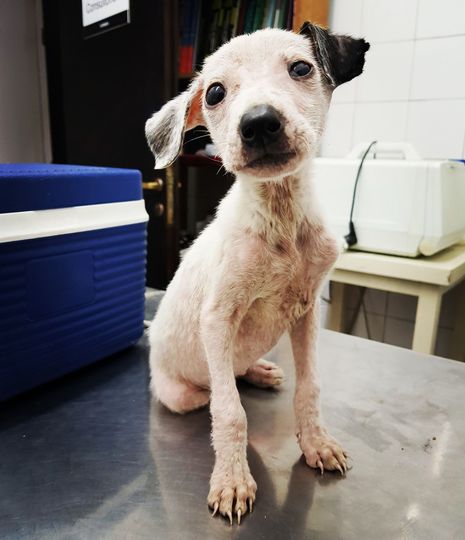 day 25 his eyes are almost healed, vet have just a little more treatment left. he was already able to get his first vaccination. 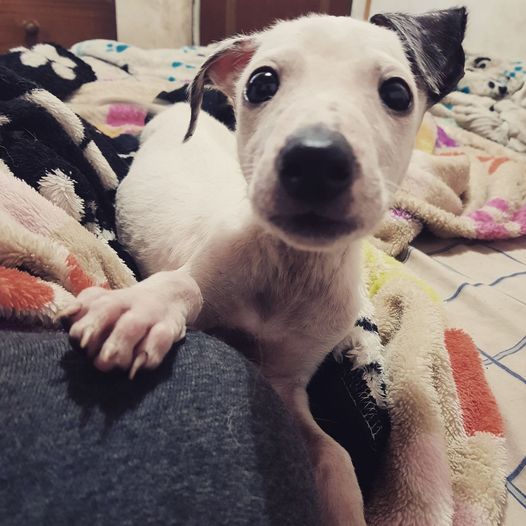 Seven months since rescued great news as, Trappido find his new free family, mission accomplished and this is not an end just a new beginning. Trappido start writing his own happy story.