Home Dog News In California, a dog that had been missing for 12 years was... 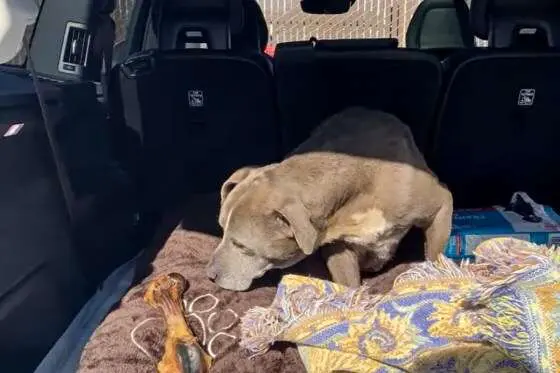 A dog that had been missing for 12 years was reunited with her family, according to the San Joaquin County Sheriff’s Office.

The San Joaquin County Sheriff’s Office received a complaint on Feb. 10 about a stray puppy abandoned on a rural property outside of Stockton, California.

Animal Service Officer Brandon Levin, according to the sheriff’s office, rescued the dog, which was reportedly old and unwell.

Following an examination, it was discovered that the dog’s name was Zoey and that she had been missing in Lafayette, California since 2010.

Zoey had been missing for so long, according to the sheriff’s office, that her microchip manufacturer classified her as “dead” in 2015.

Zoey’s owner Michelle revealed that they adopted her from a shelter when she was just 6 months old after being reunited with her. The dog had been with them for six months until it went missing one day while they were out shopping.

Officers were able to reunite Michelle and Zoey after determining that Michelle had preserved the same contact information for over a decade.

Michelle and Zoey reunited at some time, but the exact date is unknown. The reunion was announced by the San Joaquin County Sheriff’s Office on Friday.