Home Dog Blog Homeless Dog Who Lived In A Field For 7 Years Paws At... 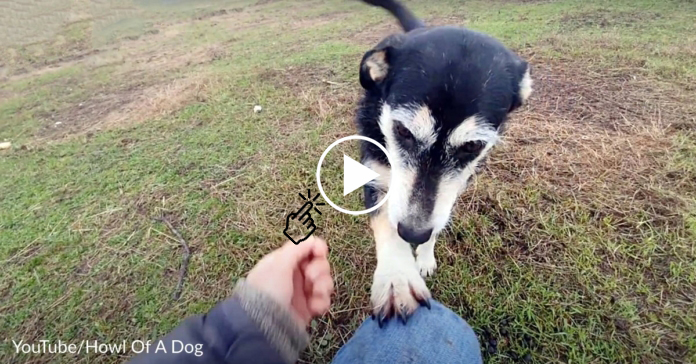 After 7 years of living on that field, always craving affection, she deserves so much to finally settle in into a warm, cozy, loving home and to receive all the belly rubs she loves so much!

Inna and her doggy friend, Zelda, had lived their whole lives on a field, near a sheep farm.

They were initially rescued by a man who was unable to take them home, but still wanted to give them a better life.

He built a small shelter for them on the field and had been caring for them there for near seven years.

Although he tried his best to care for them, they still were without proper medical attention and it’s amazing that they even survived there after all that time.

As time went on, the land around them has become residential, and houses started being built a few meters away. The people moving into those homes began complaining about Inna and Zelda.

It was no longer save for these pups to live there, and they needed love and companionship. They had never interacted with other people, except for the man who had fed her. They craved human affection.

Thankfully, rescuers from Howl Of A Dog came to save them. When they first approached Inna, she laid on her side and raised her paw to ask for belly rubs. She was so happy to finally have attention and feel love for the first time.

She is now in their care, but is hoping for a forever home. Although they’re located in Romania, they adopt internationally.

Inna is thought too be around seven years old, and she is very friendly and sweet with lots of love to give. All she wants is a loving family to give her belly rubs!

Watch her rescue in the video below: