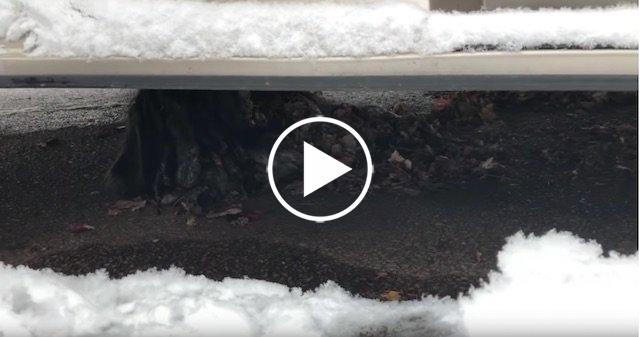 A poor little dog was almost frozen to the ground under a car when Stray Rescue of St. Louis came to save him. It was hard to see it was a dog under the large ball of fur in leaves, but it was. “Rescue is often not pretty. He was so matted he was nearly frozen to the ground. We named this sweet boy Pilgrim.”

The tiny dog was reluctant to move from his safe spot under the car. 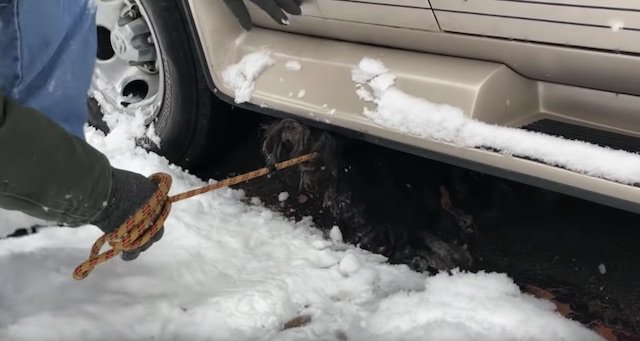 But with some gentle coaxing his rescuers were able to get him out. 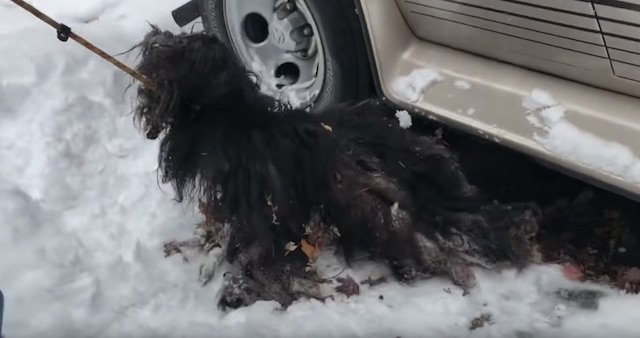 He was so distressed he wailed out, no doubt from fear and from the pain of his cold, matted fur. 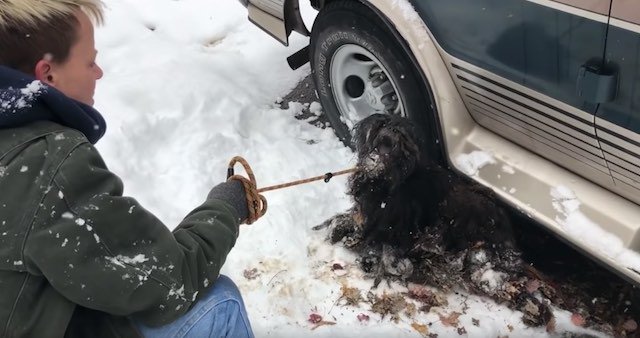 They bundled him up as best they could and brought him back to their trauma center at their shelter. 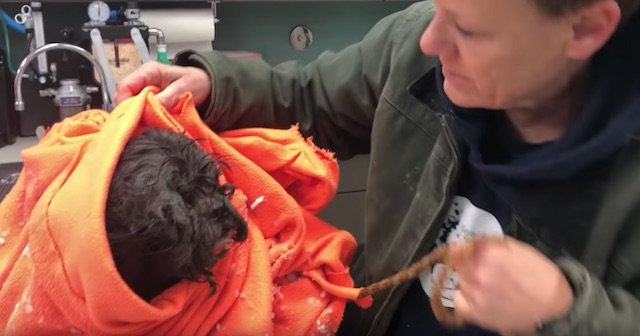 His cries when they are trying to help him are heartbreaking, but at the shelter they discovered it wasn’t only his fur that was causing him pain. 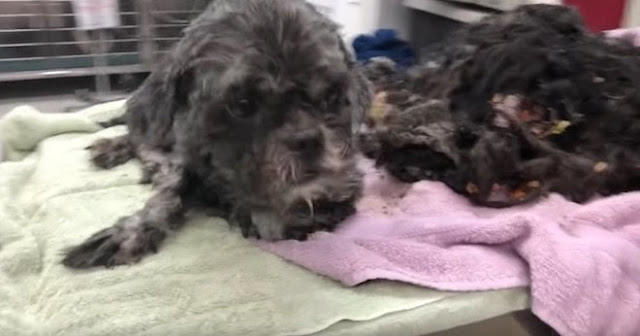 “As soon as he got to our trauma center we shaved off 5.6 pounds of icy, matted hair. Once we could see his back legs, they appeared to be injured. Sadly, the x-rays show a broken pelvis along with other bone fractures. We’re not sure how old his injury is, but we’ll need to raise medical funding for his surgery as quick as possible. This sweet boy is only 2 years old and deserves to have his second chance.”

But after he was shaved and examined he was finally able to rest. They wrote, “He is warm, safe, and on medications to help with his pain.”

Stray Rescue later shared a video of Pilgrim headed to his surgery on Facebook. He’s already looking better and more alert and ready to begin a whole new chapter in his life, thanks to his rescuers.