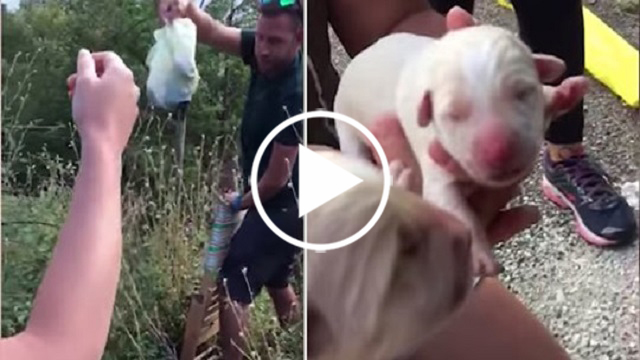 Three te.rri.fied newborn puppies are alive and well after being discovered in a grocery bag hidden in a bush. 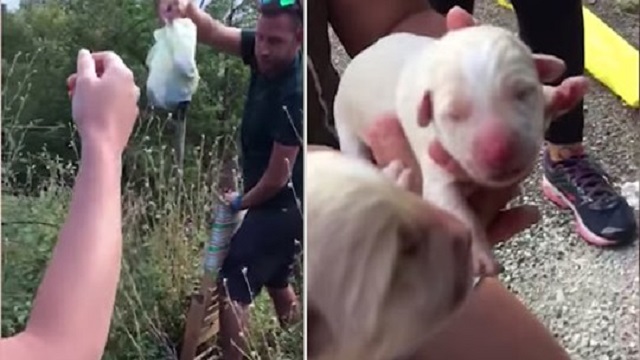 Susanna Bergamaschi, an animal rescue volunteer in Norma, Italy, found the petrified little pups while she was out walking.

“I was out walking with a friend when I came across a dog walker who said he’d heard noises coming from a hedge, and indicated at the place where the noises were coming from,” she said.With help from a few other people, the tan bag was retrieved from the bushes and opened. 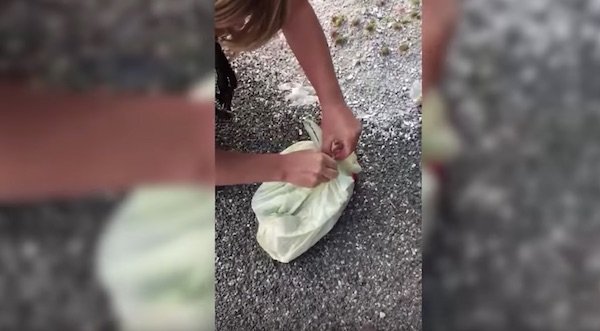 Inside were three newborn puppies, one black and two white, who can be seen quivering and mewling.

They were so young their eyes were not even open yet. It was upsetting for the rescuers who cradled the puppies in their arms before they were whisked off to get medical care. 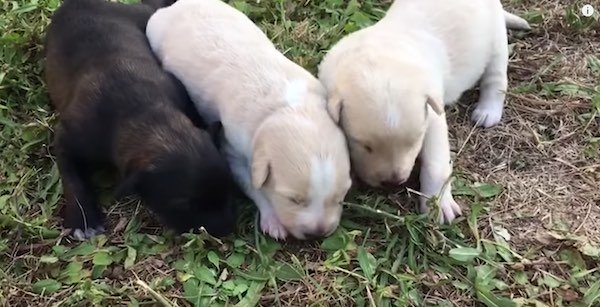 But now Susanna is nursing the puppies back to health, hand feeding them and also being assisted by a mother dog still lactating. 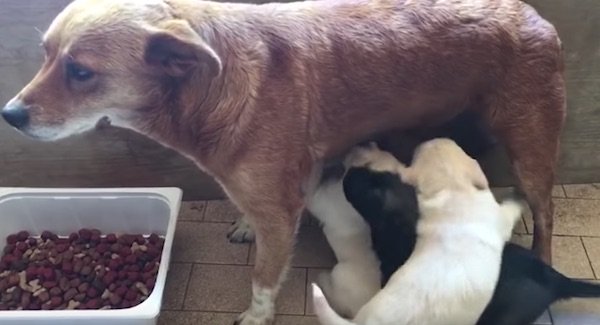 The video below shows the heartwarming moment the three terrified puppies are rescued.