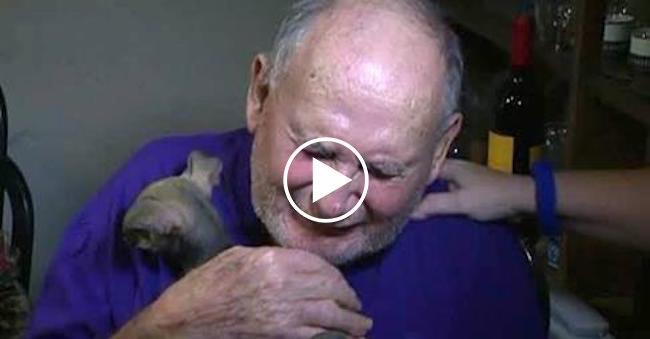 Elderly couple Miguel and Ada Rojas were overcome with emotion upon receiving a puppy as a gift after a heartbreaking tragedy that left their previous dog d.e.a.d and them both in hospital.

Last week, the Florida couple were out for a walk with their beloved 3-year-old Chihuahua named Gucci when two stray American bulldogs attacked and k.i.l.l.e.d Gucci. 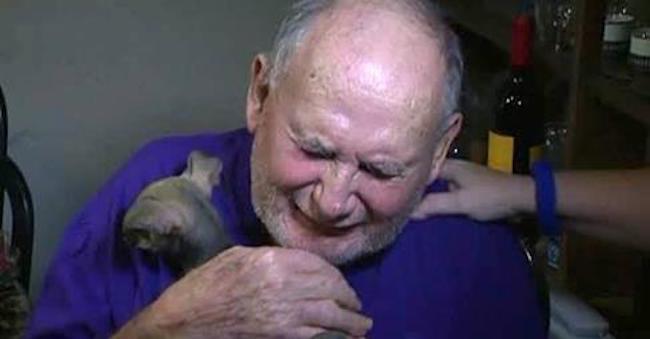 89-year-old Miguel was hospitalized for high blood pressure and Ada, 83, received 100 stitches after she tried to save Gucci from the aggressive dogs. The two dogs are now in the care of local animal control.

Heartbroken, the couple were surprised by a new puppy this week after a family friend and a dog breeder arranged to gift the dog to the couple.

The Rojas’ daughter, who is also named Ada, brought the nine-week-old puppy to her parents’ home and both broke into tears when they saw the puppy.

Miguel was sobbing when the tiny puppy was placed in his arms and said he was “happy and sad”. His wife said the new dog will help the couple “continue to live.”

“I am numb with happiness and I am numb with pain,” said daughter Ada watching her parents hug their new loved one. “[Dogs] are family. They are not animals. They are part of a family.”

She is extremely happy her parents have a new puppy that will bring them unconditional love.

“If somebody would come and offer me a million dollars, I don’t want it. We don’t want the $700 million lottery,” she told CBS Miami. “This is what we want. This is unconditional love…What’s going on right now, to me, I’m already a winner.”

Share this emotional story with your friends and family!