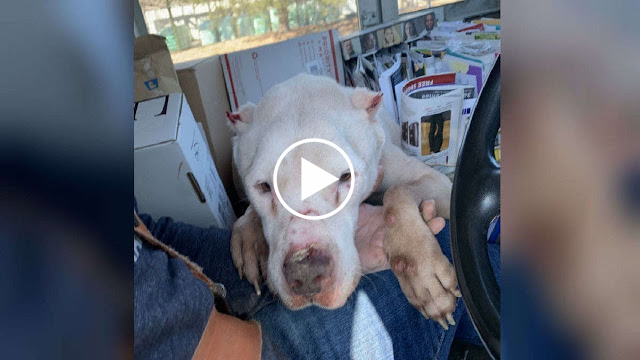 Humans can be so c.r.u.e.l, they throw away poor dogs the moment they find them useless and old.

Nate Ohlman a hard worker of post office knows that delivering mail in extremely low temperatures is part of his job as well, on a particular cold morning that to him was like any ordinary one, he was driving when he noticed something strange on the road. 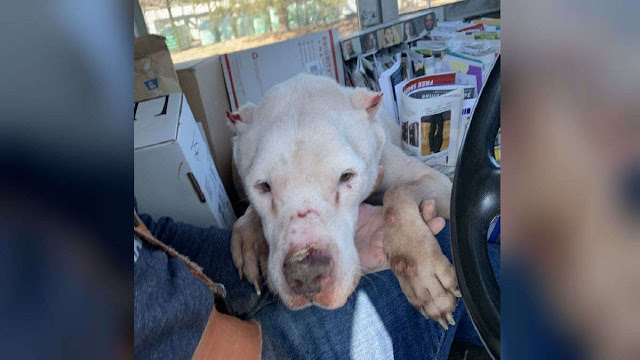 A poor old dog was trying to get warm in a ditch, his heart broke when he saw the poor animal struggling to get warm, and Nate knew he had to help him.

He started to approach the dog slowly to not scare him, when he got closer he noticed the dog was a senior and he couldn’t see or hear well.

Nate started to make loud noises to get his attention, when the dog finally noticed him ran towards his mail truck. 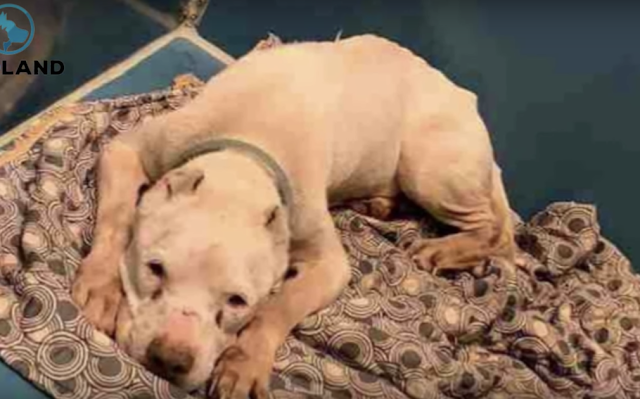 Nate put the dog on his truck and noticed he had frostbite and was really skinny, the dog that got named Sloan later sensed Nate was a good guy, so he stayed put on the truck until they reached a vet.

When he dropped Sloan at the clinic Nate gave the staff his number and asked to be called if they need anything, and then he went to work. 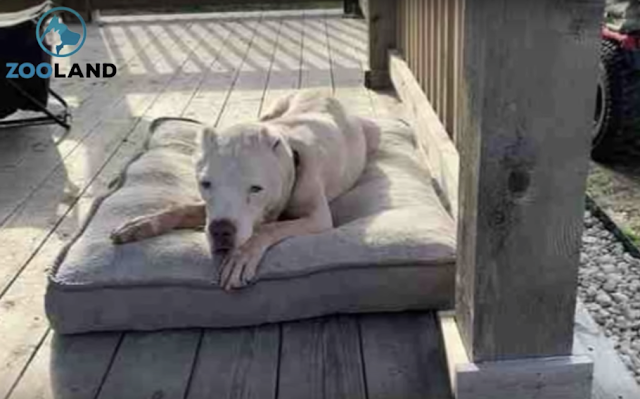 Nate got back to his day but Sloan was on his mind all the time, he wondered who was so cruel to abandon a sweet dog like that, he was so sad just thinking what the poor canine had to go through.

Thinking this Nate made a decision, he felt the dog needs a loving home and there was a reason that they meet so he decided to adopt cute Sloan, Nate knew Sloan was in a terrible state and he kept praying the dog will make it. 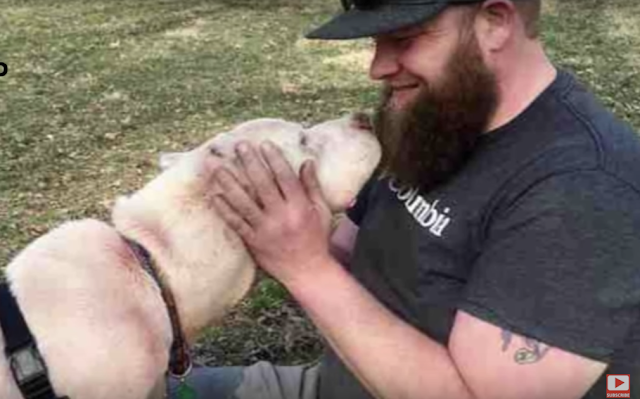 Hearing about Sloan condition KC Pet Project decided to step in, they helped the staff and reassured Sloan gets the right regime and then sent him in a foster home that is experienced with senior dogs.

Sloan was around 12 years old when he was found.

He has a hard time when he went into a foster home at first, but everyone could see Sloan was trying his best to live.

As time passed Sloan got better, and from an exhausted, defeated and withdrawn dog he became a goofy, playful happy one.