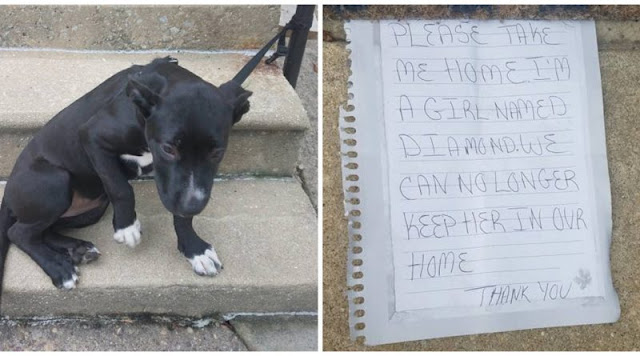 Philadelphia, Pennsylvania resident, Justin Hanley, found the dog one day as he exited his front door. Sadly, the dog was eating pizza and the note was found under the doormat. 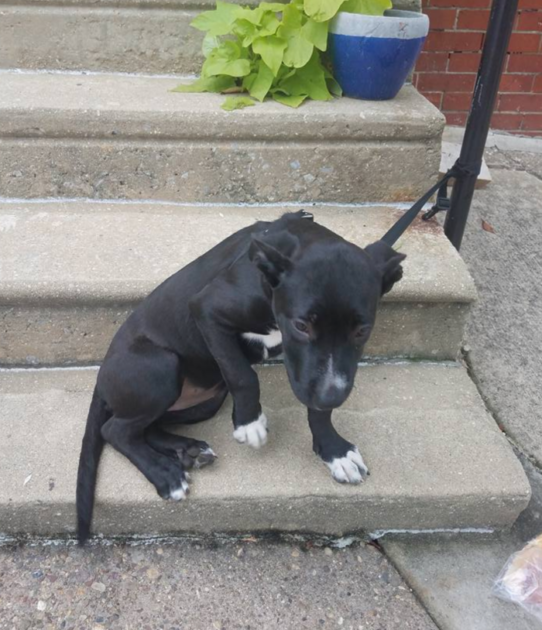 The note stated, “Please take me home. I’m a girl named Diamond. We can no longer keep her in our home.” 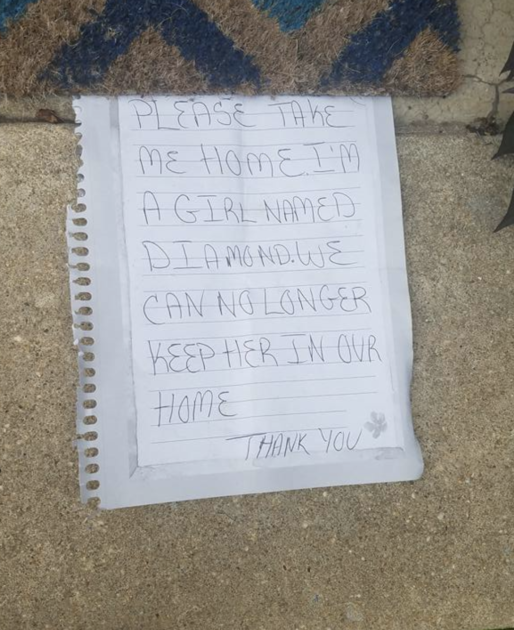 According to The Dodo, although Hanley was unable to keep the pup, he quickly brought her to his backyard and took to Facebook on a page called East Falls Rants. 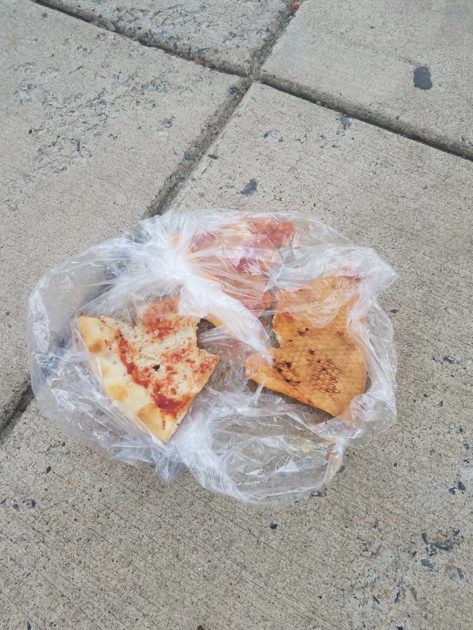 Don’t Bully Us (DBU) Rescue in southern New Jersey stepped up to help and they soon found her a foster home. Renamed Serenity, the pooch went to a man named Chris King, a retired Army special forces officer. 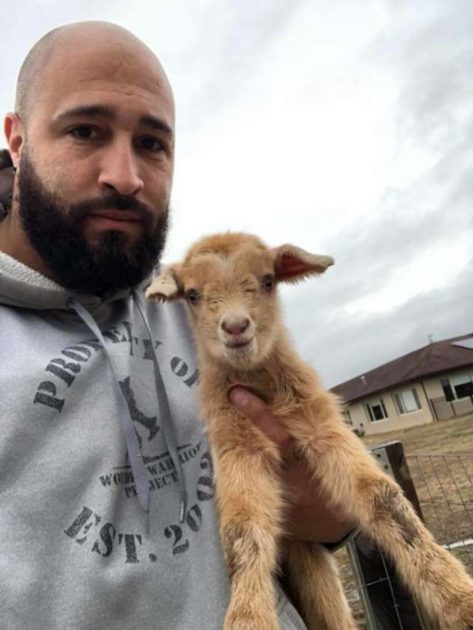 Source: Facebook/Chris King
Not only did Serenity find a place to stay, but she shared that home with nine dogs, seven pygmy goats, the man’s girlfriend, and four human sisters and brothers. 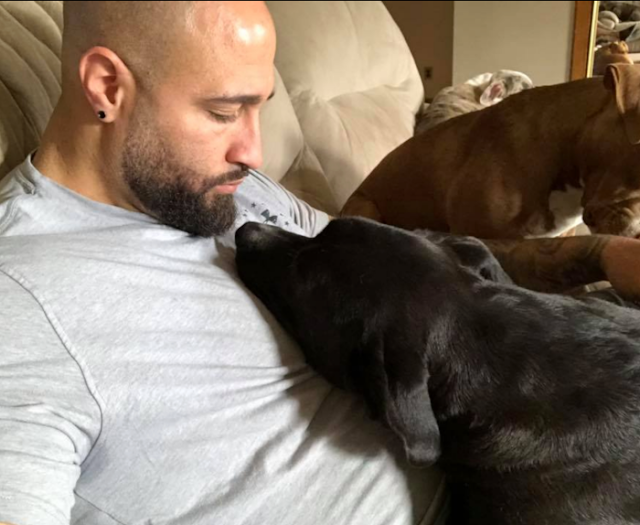 King reports that Serenity loves to sleep in funny positions, has fit into the family, and loves being outside. The dog was eventually adopted to a family, but returned to King when things didn’t work out. Poor Serenity missed King and the family. 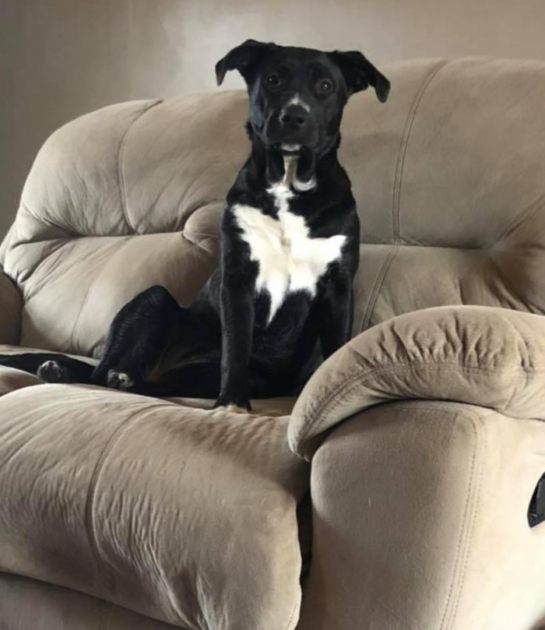 In a happy ending, King decided to adopt her so Serenity will never have to worry again. We love a happy ending. See how happy Serenity is to hear the news.