Home Dog Blog Dog Sat By The Road With A Broken Jaw For 6 Days... 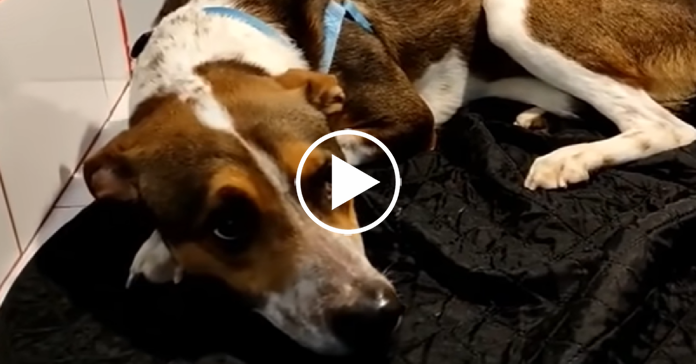 Despite his bad shape, the loyal pup sat by the side of the road where the accident took place, waiting for his owner to return.

Most of us can’t imagine getting left behind in our hour of need. For most of us, we’re lucky that we have at least one person that we can rely on in times of need.

Unfortunately, the same can’t be said for animals. They don’t always have the luxury of a caring person in their corner when they need it most.

For one dog, the scene of a car accident was a waking nightmare until some kind people arrived to help.

For one unfortunate pooch, Char, he was involved in a car accident. His injuries were pretty bad as he suffered a torn palate and a broken upper jaw. However, despite his bad shape, the loyal pup sat by the side of the road where the accident took place, waiting for his owner to return.

Sadly for Char, his owner never returned to get him. Still, he stayed there for six days, convinced that he’d be coming back for him.

When rescuers arrived on the scene to help, the dog refused to budge. He was loyal to a fault. Rescuer Tatiana explained in the video below that they tried everything to coax him away from the spot but nothing worked.

Eventually, they were able to get him away from the scene and to the vet’s for help. That is where the real road to recovery began.

He had to have surgery to repair his injuries, and that took him a while to heal from. But Char was a fighter and every day, the pooch continued to make a recovery until he was fully healed and ready to enjoy his life to the fullest.

Watch the video below: