Home Dog Blog Cop Rescues A Stray Puppy And Waited Hours At The Vet To... 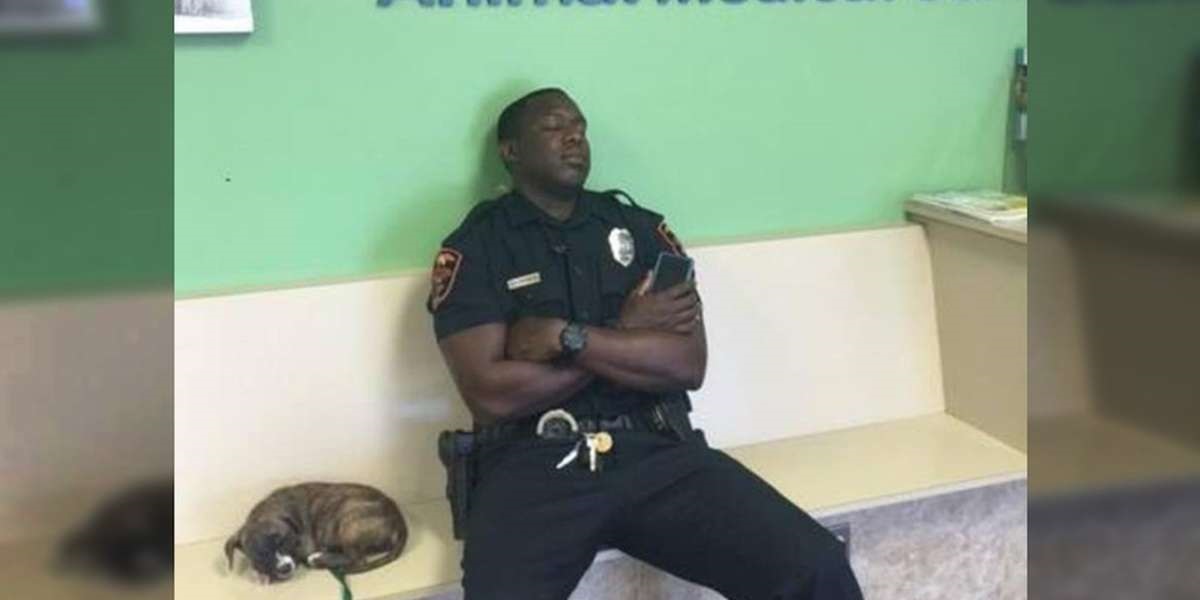 Although, Officer Garibaldi was free to leave, he did something that is melting the hearts of dog lovers everywhere.

Police Officer Kareem Garibaldi was out on patrol in Lakeland, Florida when a puppy ran in front of his patrol car. He swerved to avoid the pup and was able to successfully grab her and bring the little one into his car.

Despite searching for the puppy’s owner for a few hours, he ended his third 12-hour shift by taking the Pit Bull/Boxer mix pup to the SPCA Florida Medical Center.

Although Garibaldi was free to leave, he did something that is melting the hearts of dog lovers everywhere. He sat with the puppy from 8:45 am until 12 noon. Since the veterinarian had other patients ahead of him, Officer Garibaldi and the puppy did what any sleepy duo would do in a waiting room: they took a nap together!

The puppy felt safe since she curled right next to the kind officer, who happily dozed off as well.

We salute you, Officer Garibaldi, for taking the time to save and care for this sweet little puppy!