This story was submitted to Trax’s Pack by Tonya Williamson. You can read about Trax and his story in Fool’s Bluff. 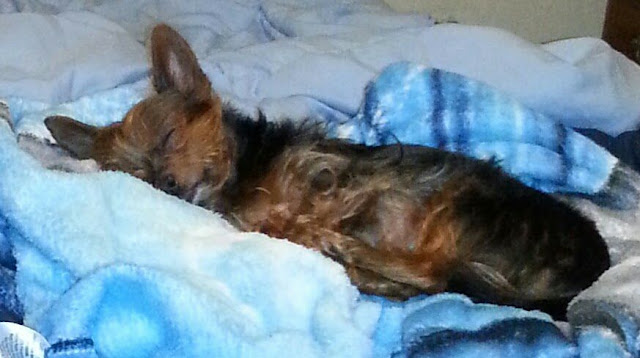 This is my little Buddy that I adopted when someone just dumped him out, scared, alone and starving. He’s spoiled now. Not sure how he got that way, LOL. 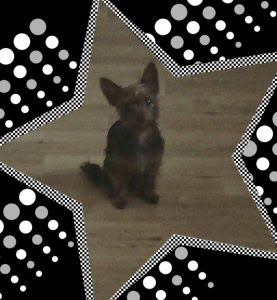 The local humane shelter posted his picture for adoption. He looked a mess. His hair was shabby and mushroomed and his little bones were showing through his skin and he had the scardest look in his eyes. My goal was to change that look from scared to happy.

My saying is, “I rescued him, he saved me”. Before I adopted him, my 10 year old German Shepherd died just a year before. I was so sad and said that I didn’t want another dog ever!! Then, I met Buddy. My fur-baby. Yep, we saved and rescued each other. 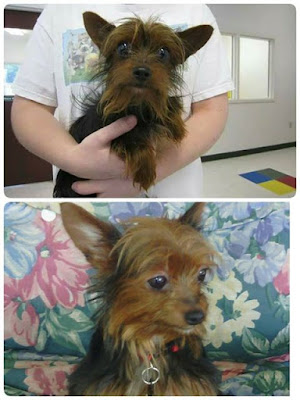 The picture the humane society posted and then a year later. Before and after. Beautiful little boy.