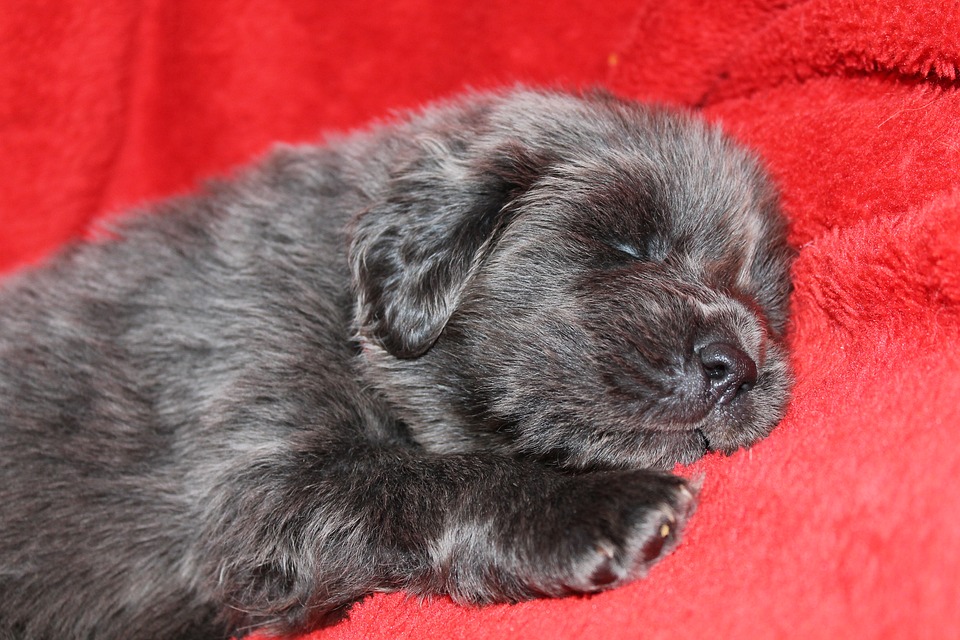 The origin of the Tibetan Mastiff is not known for sure, but it is believed to be prehistoric. The oldest document that gives an account of the existence of the Tibetan mastiff dates from 1100 BC It is believed that the Tibetans used the mastiff as  a guard dog  – so much so that he was known as the guardian dog of Tibet.

Recently, analyzes of bones found in archaeological sites in the region have confirmed the millenary existence of the breed. This also supports the theories that the Tibetan mastiff originated from the molossers, from Molossia, a region of Greece that was under Macedonian rule during the 4th century BC.

Recent studies indicate that the Tibetan Mastiff was one of the first breeds to differentiate from wolves, around 58,000 years ago. Although it is not known for sure what the mastiff’s function was for man at the time, it is believed that he was used as a guard and hunting dog.

There are also records that indicate that Marco Polo, one of the first westerners to travel the silk route, would have had contact with the Tibetan mastiff on his travels, in the 13th century. And Jesuit missionaries would have known the breed in the 16th century. The first Tibetan mastiff to set foot on western lands was brought by Lord Hardinge, Viceroy of India, as a gift to Queen Victoria, in 1847. In 1874, two more Tibetan mastiffs were imported to England by the Prince of Wales and displayed in the Alexandra Palace Show. Over the years, and the continued importation of the breed into Europe, Western interest in the Tibetan Mastiff began to grow and, in 1931, the first club for the breed was created.

In the United States, the Tibetan Mastiff was brought by President Eisenhower in the late 1950s.  Later, other specimens were imported to the United States and, with the growing interest in this Tibetan specimen, the American Mastiff Association was created. Tibetan, in 1974. However, its official recognition by the AKC only took place in 2007. Currently, it is considered one of the rarest and most expensive breeds in the world, with only 300 copies registered in England.

Mastiff, also known as  Mastiff , is a classification of dogs that covers large to giant breeds, which have the ability to protect herds and property. Know the most common types of mastiff dogs:

The standard colors of the Tibetan Mastiff are black, brown and grey. Dogs may have some lighter brown markings on their paws, which can be caramel or gold, with variations in fawn tones. They may also have a lighter chest coat, with white fur.

Lighter markings are also accepted by the  American Kennel Club (AKC) standard , and usually appear on the following parts of the body: above or around the eyes, on the muzzle, on the neck, on the underside of the front and hind legs, on the hocks and at the bottom of the tail. The undercoat on black and brown specimens can also be gray or brown.

Temperament of the Tibetan Mastiff

The Tibetan Mastiff is extremely courageous, calm and tends to be quite attached to the family. He likes the presence of his tutors and usually gets attached to a family member, whom he will choose as his model to follow (almost literally). But he’s not exactly affectionate. In fact, as he is quite big, there is no lap to support him. He is also not the type of dog that likes a lot of physical contact, as his abundant fur makes him feel quite hot.

The Tibetan Mastiff is also quite intelligent. Despite this, it is often a little difficult to train because he is very independent and therefore likes to do things his own way. These are characteristics that make him not the best breed to teach tricks to present to the crowd at family gatherings. Be content with  peeing in the right place  and walking by your side during walks.

Tibetan Mastiff with Children, Strangers and Other Animals

Because of its protective instinct and being highly territorial, the Tibetan mastiff is reserved with strangers – and for strangers assume both people and other dogs – requiring the presence of the owner so that accidents do not occur.

That’s why it’s important to do socialization training  from a puppy, so that he is docile and stable with everyone. With children, he is kind and affectionate, but due to his size, he usually gets along better with older children, as he is often not very aware of his size and can hurt the little ones.

Does the Mastiff bark a lot?

It even barks, but at night. During the day, he usually presents a calm and calm demeanor. But it’s only when night comes that he lets out his voice and lets himself be carried away. Therefore, it is good to keep your Tibetan mastiff indoors at night, or somewhere where the sound does not propagate as much, so as not to disturb the neighbors.

Is the Mastiff destructive?

As it is a calm and easy-going dog, the Tibetan Mastiff is not usually very destructive. But if he feels confined or bored, he might want to express it in a, shall we say… unorthodox way. As he is a large dog, he needs space, and if he doesn’t have it, he may want to keep it in his living room, taking the upholstery off the sofa, moving furniture, leaving the place as he likes. That’s why it’s so important to have space available before thinking about adopting a Tibetan mastiff.

Another trigger of destructive behavior is that phase when the teeth start to grow, when he will want to gnaw on shoes, table legs, sofas and everything in front of him. To mitigate this behavior, you can buy bones or  toys  that he can chew, to scratch his gums, which are more sensitive during this phase.

Is the Mastiff fussy?

Not a lot. The Tibetan Mastiff is not usually very agitated under “optimal conditions”. But that doesn’t mean he’s lazy. In fact, he likes to play, run and have fun in the garden, but indoors he is usually very quiet and placid. It is common to see him lying at the feet of his favorite tutor right after a play session in the backyard.

The Tibetan Mastiff is a breed that requires moderate care, and its coat is one of the main sources of care to take.

– Hair:  The Tibetan mastiff’s hair should be brushed daily for about 30 minutes to remove all dead hair.

– Eyes:  Tibetan mastiffs have a lot of hair on the face and some creases over their eyebrows, where dirt and grease can accumulate. That’s why it’s important to stick to a regular eye and face cleansing schedule.

– Bathing: baths in  the   Tibetan mastiff do not need to be very frequent, as it does not have a very characteristic odor. It is recommended to bathe once a month, as needed.

– Mouth:  the Tibetan mastiff  drools a lot, which is why it can have a more pronounced odor in the mouth. In these cases, it is recommended to brush your mastiff’s teeth with some frequency, at least once a week, to maintain oral health.

Which Dog Breed Lives the Longest?