Home Dog Rescuted A Husky With Cuts On His Front And Back Legs Was Found... 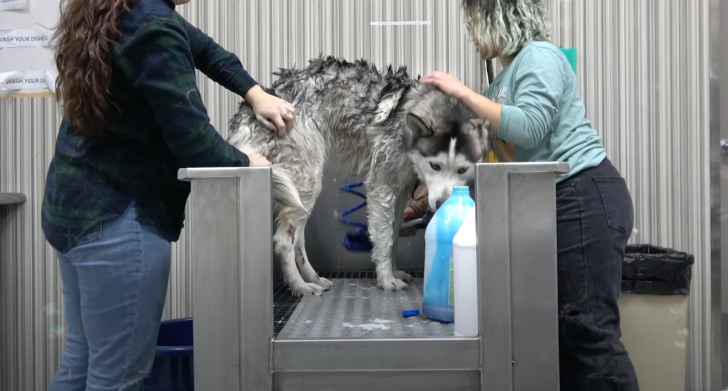 Hope For Paws received a call about an injured dog, so Jo Ann headed out to the location right away. The dog was found running the streets by some good Samaritans who were able to get him into a home they were renovating. The poor dog had lacerations on his front and back legs, but they couldn’t be sure of how this might have happened. He was a friendly boy despite the wounds, so they stopped on the way to the hospital for a puppuccino! He had no microchip, and rescuers decided to name him Haku. The dog got a checkup and a bath, and none of his injuries were found to be serious and would completely heal with time. Haku went to his foster home at LA Animal Rescue where he befriended a dog, some birds, a horse, and a pig named Pacido! He’ll no longer have to live on the streets, and that’s an amazing thing.