Home Dog Rescuted A Dog And A Suitcase Containing His Belongings Were Found Abandoned At... 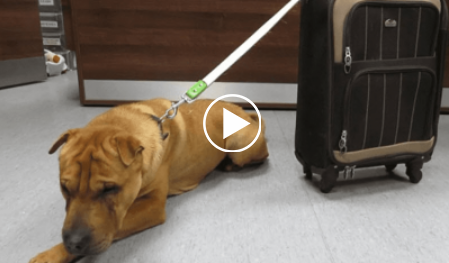 In the UK, one dog named Kai made national headlines for his heartbreaking tale. The poor dog was found abandoned in a railway station in Scotland – tied to a piece of luggage. Inside the suitcase were all of Kai’s worldly belongings such as a pillow, some dog toys, food, and a water bowl. Without anyone to take care of him, Kai was essentially homeless. Thankfully it wasn’t long before the Scottish SPCA was able to temporarily provide him with love and shelter.

It didn’t take long for the SPCA to figure out that he not only had a serious medical condition, but that he had also been physically abused by his previous owner. Kai appeared to be microchipped, but the data only went back as far as the owner who had sold him in 2013, so there was no way of knowing who had abandoned him that day. Abandoning an animal is illegal in Scotland. While the details are sketchy, it appears that the 2013 buyer attempted to sell Kai to a woman on Gumtree a few years later. 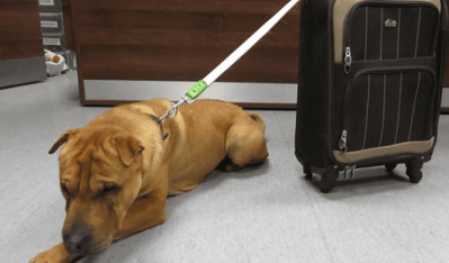 When the woman went to Ayr Station to meet the man – who was asking for 400 pounds – the deal quickly went south. It was clear that the picture he’d posted on the website was not Kai at all. Her suspicions were already up at that point, so she asked if she could first take the dog for a walk.

She told the Daily Record, “I went to Ayr to buy the dog. The guy rushed out with a food chest and lead on the dog. But I could see there was something up because he was very skinny.” 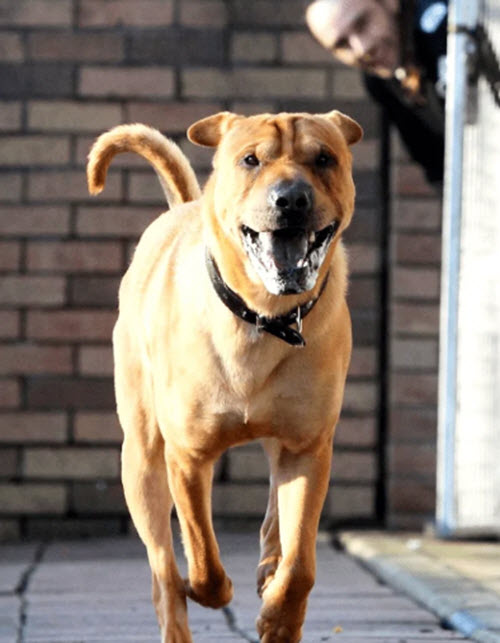 “I said I wanted to take the dog for a walk, so he asked for a 150-pound deposit in case I didn’t return,” she continued. Then I noticed him speeding away in his car. I called and said, ‘You better come back for your dog.’ He never showed up.”

The woman began to panic because she had no idea what to do. To make matters worse, she needed to get back home to her asthmatic daughter, and the last train to Aberdeen was leaving the station.

That’s when the woman decided to abandon Kai, who was still tied to his luggage. Before leaving, she allegedly told a train station attendant that the dog was not hers. 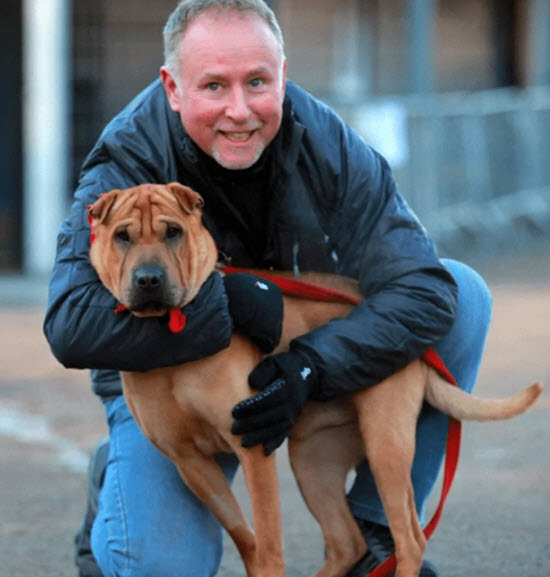 As it turns out, Kai, a Sharpei mix, was in desperate need of surgery on his eyelids as they were curling inwards. However, the surgery would cost well over 1,000 pounds, so his rescuers weren’t sure how to fund the operation. The SPCA was fortunate enough to rely on the generosity of strangers in the community as well as abroad, who all pitched in to help cover the cost. Within 24 hours, Kai’s story had inspired people to give over 2,500 pounds towards his surgery.

Thanks to the overwhelming love and support of others, Kai was able to get his much-needed procedure. The operation went smoothly and was a success. Kai was able to begin to heal and get healthy again. His popularity led to over a hundred people wanting to adopt Kai and give him a home. People were comparing the dog to Paddington Bear – the fictional character with a similar story who was also abandoned. 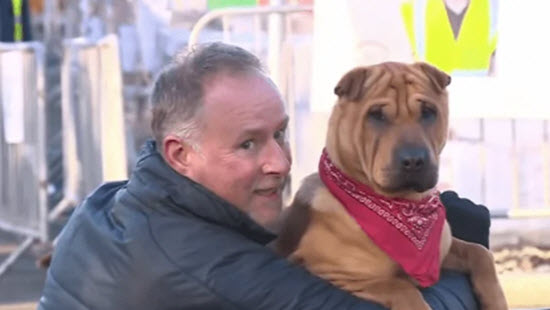 The lucky person who ended up getting to adopt Kai was 52-year-old Ian Russell – a hydraulic engineer. After his Dalmatian passed away, he felt a void in his home and was sure Kai could fill it.

As Russell said, “My Dalmatian Mica passed away just before Christmas and I was left heartbroken. I had her for 15 years and she was the apple of my eye. We pretty much spent 24 hours a day together.”

He added, “When I heard about Kai I knew the little guy needed a break but I never thought in a million years I’d get him. I called the Scottish SPCA just to check he was okay and see if there was anything I could do to help. Fast forward a few weeks and here I am taking him home. I honestly think it was meant to be.” 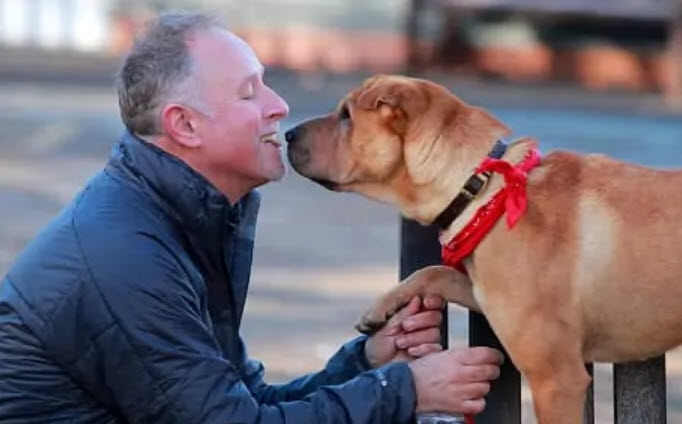 Russell also said, “It feels like fate that I’ve been able to rehome Kai and I’m not usually a believer in things like that. I’m over the moon and very shocked that I was chosen out of everyone who wanted him.”

And since being adopted, it is clear to anyone who looks at them that they’re meant to be. The two already have an incredible bond and are looking forward to many years ahead together.

What started out as such a tragic story for Kai turned out to have a very happy ending.